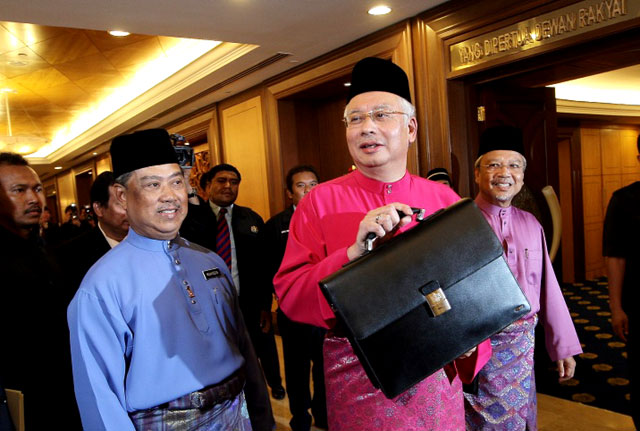 People across the nation are jubilant with relief following the closure of the SRC International scandal involving Najib Razak.

His imprisonment proves that cash is not king, and that Truth is the only and ultimate champion.

Speculations of a pardon are unlikely to materialise because the Malaysian justice system has survived the long, arduous and treacherous road taken by the convicted felon.

Malaysians are confident that the monarch will uphold truth and justice to protect the reputation of a nation that has still a long way to navigate out of systemic corruption.

Truth not only survives, but it will also ignite new vigour to combat all crimes against humanity and the desecration of religious teachings.

Those many people celebrating the closure of the SRC International trial remain hopeful that justice will soon catch up on the 1MDB scandals well as the Altantuya murder, to name a few.

With hope for a better nation restored, Merdeka and Malaysia Day celebrations take off on a higher note.

With renewed confidence in the justice system of the country, many are convinced that the string of pending criminal and corruption cases will soon see speedy closure.

Indeed, with the debunking of Najib’s “cash is king” mantra, all those with dirty money on their hands are running out of options. Either they own up sooner and return the stolen wealth of this nation to the people or end up going the way of this former prime minister.

Money and power cannot overpower Truth and Justice. That has been the God-ordained truth throughout human civilisation.

Najib’s imprisonment will therefore remain as the most historic lesson in this my beloved nation, which has been exploited, trodden roughshod and abused for far too long.

Corrupt individuals, in government service and in the private sector, must wake up and realise that the God-fearing (or loving) people’s fight against corruption takes on a renewed vigour from now on.

Could Najib’s sentence be the opening of all other investigations and court cases against him?