Movement control, while necessary, has to be implemented in a way that does not do more harm than good, Prema Devaraj writes.

Another eight days to go before the end of the movement control order period, which was extended to 14 April.

It is unclear whether the order will be lifted, further extended or modified. Much will depend on how the country is progressing in its fight against the coronavirus pandemic.

Meanwhile, people must abide by the movement control order, one method used by the government to stem the coronavirus transmission.

Since the order came into force on 18 March, 5,126 people have been arrested for violations. Clearly, some are finding it hard to abide by the order.

It has also not been easy for law enforcers. Apart from concern over their own exposure to the coronavirus through their dealings with the public, and hence exposure to their families, they sometimes faced abuse, assault and even criminal intimidation.

Of the over 5,000 arrests made since the enforcement of the movement control order, 2,294 people were charged in court. And since 1 April, 378 people have been sent to prison for violating the order.

Without minimising the importance of the movement control order and the need for its enforcement, one has to ask whether those arrested for violating the order are hardcore criminals need to be handcuffed, remanded and/or sentenced to a jail term or fined RM1,000 – an exorbitant amount for those in financial difficulty?

In keeping people in remand or jailing them, what about the risk of Covid-19 infections in police cells or prisons?

Additionally with convictions, one also has to ask whether a criminal record is really necessary for movement control order offenders, who mostly seem to be just ordinary people?

There are many circumstances leading to violations and arrests as cited in media reports. Some people were arrested for going out fishing, drinking alcohol with friends by the roadside, gathering by the roadside, hanging out in big groups in front of their homes, going out to borrow cigarettes from friends, taking photographs of birds, jogging in a park or playing football. Some reasons seemed frivolous given the seriousness of the coronavirus situation.

Some offenders seem to be vulnerable individuals who had no choice but to emerge from their dwelling places in search of food for themselves or their families.

Take, for example, the case of two roof rafters in Sungai Siput arrested and charged with violating the order because they were going fishing for food. Media reports reveal the duo could not pay the fine and so are spending three months in jail. They had no income because of the movement restrictions.

Other groups like refugees could be vulnerable, as they may need to travel a long distance from their homes to collect food aid.

It is also possible that people may need to come out of their homes due to unbearable situations in their homes eg overcrowding in the house or family problems such as bad relationships between family members or violence in the home.

Not everyone has a large house, a wide balcony, a single room to live in or a garden into which they can ‘escape’ for a while.

Not everyone has access to cooking facilities, especially those living in dormitories or renting rooms. They will have to go out and buy takeaway meals more than once a day.

The mental health issues of being under a movement control order also need to be considered.

So, really, the police and the courts need to assess each movement control violation carefully. We understand the need to be “tegas” (firm) in the enforcement of movement control. But how necessary is it to be “keras” (harsh)?

It is therefore good to learn that the police are ready to issue “compound” notices to violators instead of arresting them.

Compound notices will still send the message that the movement control order has to be taken seriously. Such notices will reduce the number of people being brought to police stations, held in cells and detained in prisons, reducing the risk of coronavirus transmission in places where it is difficult to ensure social distancing.

The chief justice meanwhile has apparently urged lower court judges to use their discretion in sentencing offenders bearing in mind the risk of coronavirus spreading in prisons.

For those who blatantly disregard the movement control order, the Prisons Department director general’s suggestion that the courts mete out community service punishments under the Offenders Compulsory Attendance Act 1954 instead of jail terms is a good one. Its implementation was recently seen in Penang. The last thing anybody wants is an outbreak of Covid-19 in prisons!

As mentioned by the Malaysian Bar, Hakam and others, the movement control while necessary, has to be implemented and facilitated in a way that does not do more harm than good.

With Covid-19 and the enforcement of the movement control order, we are all navigating uncharted territory. Let good sense prevail. 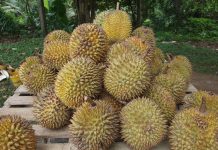 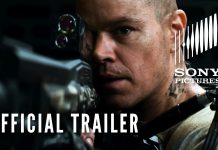 Most of us believe almighty God is the ruler of the universe. Everything between the earth and the sky belongs to the one and only Creator

Worldsied above belief may not apply to those who are greedy for power and wealth and getting it at any cost and any way including via FRAUD-CORRUPTION-COLLUSION-CRONYISM-EMBEZZELMENT-BRIBERY-KICKBACKS-NEPOTISM and
DESTRUCTION OF ALMIGHTY’S OTHER CREATURES/CREATIONS AND NATURAL CREATIONS The mode of getting/retaining wealth and power may also include removal of opponents via imprisonmant-killing-harrasment.
As USA states GOD BLESS USA and all others can go to hell

Such last minute restrictions are never properly thought out by the Minister who implemented them. Wonder whether he consulted the relevant people, especially the
police, judiciary and prisons. Perhaps he consulted his home minister, who wants to make sure that her husband stays home!

Good communication to the rakyat to explain, the Whys of MCO especially on social distancing and HOW the virus spreads, the rakyat then will know how to behave.