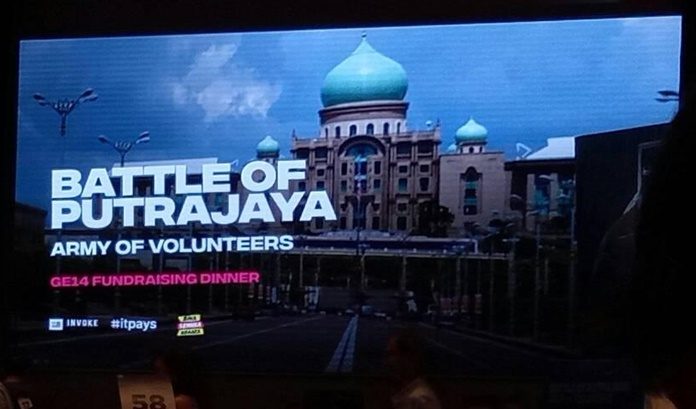 In this political and socio-economic landscape, heavily punctured with crises, JD Lovrenciear wonders how long Malaysia can take these beatings.

From whichever vantage point you choose to examine the current state of Malaysia, you have every reason to worry and ask patriotically inspired questions.

Muslim and non-Muslim issues arising from pending court cases and battles between Sharia and civil jurisprudence are like still waters running deep in the country.

Further, religious and racial sensitivities have been quietly escalating as politicians see it as their currency for supremacy. Even the recent Chinese New Year ‘dog year’ issue is an indication of the degree of vulnerabilities prevailing in the background.

Inflation is galloping like a wild horse on the run, fodder for increased debate by both sides of the political divide. But just ask wage-earners and they will tell you stories about the stressful realities of juggling finances.

Corruption is now a hide-and-seek game. While the opposition is coming up with exposes which it highlights to the public, government institutions are also investigating an endless stream of allegations implicating opposition leaders.

Legal suits and counter-suits have been filed. Pending appeals are piling up to the point where no one now remembers or can gauge the pressure on the judiciary.

The foreign media are reporting on a volley of questionable financial transactions and stakes arising from Malaysian indulgences in foreign lands. But what is unfathomable is that the government has not yet taken pains to prove that these reports are an attack on the sovereignty of an independent, developing nation.

Even as a general election looms, the mystery shrouding its actual date has added to the uncertainty, much to the discomfort of local and foreign investors.

The attacks and counter-attacks, traded between and even within political coalitions, are sending a confusing array of messages to citizens.

The quest to put in more oppressive laws is further worrying the people, who were born into a country that was supposed to be independent, free and democratic.

The stories of communist China’s presence on these shores and in the wide open seas surrounding Malaysia have raised many questions – with hardly any convincing answers to allay fears and doubts.

In this political and socio-economic economic landscape, heavily punctured with crises, one must ask, how long can Malaysia take these beatings?

Surely, given the geopolitical and global economic threats that have already affected many other nations across the world, Malaysia cannot pretend that all is cosy and fair in these shores.

Looming over these perilous circumstances is the ‘mother of all battles’: the 60-year-old ruling coalition appears to be under siege going by the numerous foot-loose knee-jerk reactions and retaliations being traded on a daily basis in Malaysia.

How Malaysia will pull through is a concern close to the hearts and minds of true patriots of this land.

Management consultants often tout the statement – “The only constant is change”.

However, not all change is for the better and quite often today, can be for the worse, as the scenario described in these three articles may be regarded by some.

‘Everything changes and nothing stands still’. – Plato

It looks like populism is a growing trend in the west, so will it be similar in Malaysia in GE14?

The outcome of GE14 will be very interesting.

An accurate description of the mess that Malaysia’s political scenario is today and it’s bound to get even more spicy the closer we get to the actual elections.

Throughout 2012, political parties and activists were expecting GE13 to be held early in that year, then around the middle, then towards the end of that year, until it was finally held in May the following year (2013).

Likewise,the same expectations were raised and dashed aboutGE14 being held at different times in 2017 and now we are into 2018 and all we know is that GE14 must be held in August latest.

I guess the name of the game is to tire out the opposition by raising expectations only for them to be dashed.

GE14 will happen, when it happens – que sera, sera.

What to expect when the country is run by greedy and frauduclepmaniacs!