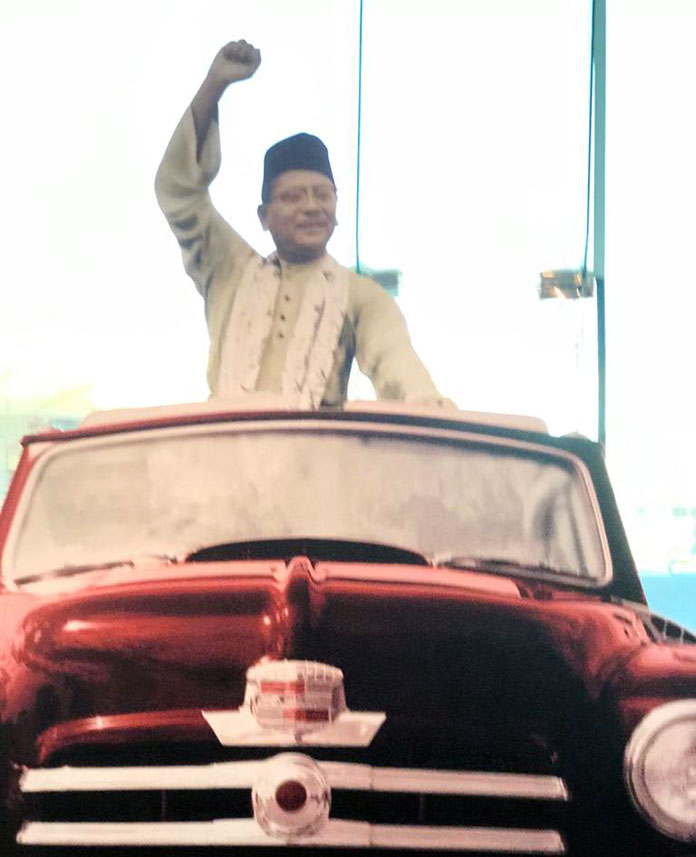 The rapid preparations for Merdeka provided a useful training ground for change management and institution-building for the fledgling civil service. Veloo Saminathan writes.

The overwhelming success of the Alliance, a coalition of parties representing the three main ethnic groups in Malaya, in the elections for the Federal Legislative Council in 1955 triggered a frenzy of activity by the new government with Merdeka impending, if all went well.

From 1955 onwards, the government of Chief Minister Tunku Abdul Rahman had to resolve a multitude of problems which, in hindsight, now appear, given the constricted timeframe and limited resources, near impossible.

Privatisation, involving multi-million ringgit contracts awarded to private firms, was unknown then. The brunt of the work had to be borne by the civil service, the armed forces, the police and volunteer groups.

Among others, the Tunku wanted a new stadium to accommodate the expected throng of people who would witness the handing over of the instrument of independence in a ceremony by a representative of the British Crown. It was to be designed and constructed on a hill-site off what was then Birch Road (now Jalan Maharajalela).

This monumental task was assigned to the Public Works Department and put under the charge of US-born Stanley Edward Jewkes*, an architect by profession. Reputed to be a workaholic, he set about on this unenviable task with characteristic fury.

The team under Jewkes completed the Merdeka Stadium with perfect timing, 10 days before the ceremony, which would be witnessed by a crowd of 20,000, including rulers and other local and foreign dignitaries. Construction took just under 11 months!

The government also discovered there were no premier hotels in Kuala Lumpur to accommodate the many dignitaries the Tunku had proposed to invite for the Merdeka ceremony.

The challenging task of building such a hotel fell on Low Yat, one of Kuala Lumpur’s most prominent and resourceful contractors. Due to the time constraints, he put his professionals and workers on a war footing, as it were; the Tunku and his deputy, Abdul Razak Hussein, kept a close watch on the progress being achieved.

Today, the accounts of constructing the nine-storey hotel read like a saga of unremitting toil. Towards the end, even Mrs Low Yat had to be enlisted by her husband to sort out the linen! When completed, it was the tallest and poshest hotel in Kuala Lumpur.

An ebullient Low Yat, a physically large man, threw a celebratory dim sum dinner for all his guests which (unknown to them) also acted as a dry run for organisation and timing. The hotel opened on 28 August 1957, just two days before the eve of Merdeka.

One of those invited for the Merdeka ceremony, reflecting the Tunku’s eclecticism, was Nancy Simmons (‘Bunny’), an English woman who was his official chauffeur during the London talks in 1956 and 1957. She was the first to register as a guest at the Federal Hotel.

Once accommodation for the foreign guests was sorted out, the next job – the transport and security of dignitaries – had to be carefully calibrated. The Prime Minister’s Department had to select civil servants, both male and female, with the requisite linguistic and social skills, to serve as liaison officers for these dignitaries during the celebrations.

The protocol division of the Prime Minister’s Department worked tirelessly sorting out details concerning the ceremonies to be held, including the protocol, consulting even the foreign governments involved.

The task of designing and refining the national flag fell on the PWD.

Fashioning a national anthem was the responsibility of Radio Malaya, perched atop the newly built eight-storey Federal House, not far from the present Merdeka Square (Dataran Merdeka).

The word merdeka for freedom was used in the Malay archipelago back then to denote a freed slave (Wikipedia). The word was originally derived from the Sanskrit word mahadharhrika meaning strength, prosperity and happiness.

Indonesian President Sukarno apparently advised the Tunku to use the word 32 times to declare independence on 31 August 1957. In the event, Tunku, raising his right hand with palm open, proclaimed “Merdeka!” seven times that historic morning.

Thus, a new Malaya, sovereign and independent, was born on that memorable day, while its fledgling civil service passed its first test to huge relief and celebration.