The white flag! It symbolises surrender, a truce, or a request by one party in a conflict to talk terms.

So, it is with those families who have to put up these flags. They have accepted defeat; they have nothing left; they are unable to cope and they desperately need help from somebody, anybody.

Ordinary Malaysians are helping each other to get through this tough time, while churches, temples and other groups are doing their utmost to help.

Imagine having to eat biscuits to survive. What is the Perikatan Nasional government doing to help these battered families and all those who are in the same position but have not yet put up the white flag?

Certain insensitive politicians perceive the white flag as an affront to the present government. Some Pas politicians are against hungry families hanging up a white flag seeing this as akin to ‘political propaganda’! Have you ever heard anything as asinine as this?

The Kedah menteri besar said recently, “I have repeatedly said that it (the white flag) is a political propaganda that shows a perception that the government has failed, while in reality the government is handling the pandemic well.”

Today, we have reached almost 9,000 new Covid cases. Almost a thousand Covid cases are in ICU while over a hundred people died from Covid yesterday alone.

Can the Kedah menteri besar, in all truthfulness, say that the PN coalition government is handling the pandemic well with numbers like these?

It is distressing to read about mental breakdowns and suicides, which are mostly due to financial and social issues related to Covid. Health director general Dr Noor Hisham Abdullah said the first three months of 2021 saw an average of four suicides cases every day, with 336 reported to the police.

READ MORE:  Covid incidence: Can we have greater objectivity, please?

It must be terribly heartbreaking for the families having to deal with this and having to go on despite the dire circumstances.

Yes, the lockdowns may be necessary, but there must be some give and take. People being stuck all day and every day do not make for good relationships, especially when families all over the country are facing financial difficulties, job losses and emotional pressure with no end in sight of their predicament. There must be some time out!

Being able to go out of the apartment or room, being able to take a walk and be away from people without being accosted by the police and penalised, being able to stand in the rain, maybe, and just breathe – this is what we all need.

But with the varying lockdowns (the ‘MCOs’ and ‘EMCOs’), most people are thoroughly confused about the rules, the standard operating procedure (SOP) – or is it Semua Orang Pening (everyone is confused)?

The Minister, Ismail Sabri Yaakob (now the new Deputy Prime Minister) must open his own eyes to this and allow some form of ‘get out of jail’ card even with the lockdowns.

The authorities need to be more understanding. Don’t push people past their breaking point. The government has to heed the physical and mental health of everyone.

This is why the white flag is so important. Not only are those flying these flags in need of basic items, they also need ‘people’ help, mentally and physically. They may just need someone to speak to, to pour out their helplessness, someone to just listen to them.

If these signals are not taken seriously, the suicide rate could rise and worsen what is already a precarious situation.

With the latest lockdowns, radio DJs repeat the same inane drivel which grates the ears: “Kita jaga kita!” (We’ve got each other’s back). Another jewel: “Stay at home. We love you!”

Doesn’t it make you want to puke? (I could write a lot about the constant drip of so-called self-help tips on Astro radio channels, but that is for another day.)

I guess the whole idea of these messages is we are supposed to look out for each another, more so now with the pandemic. So, what is the government doing? When people have to hang out white flags asking for help to feed their families, and some commit suicide because they cannot cope, where is the PN coalition government in these instances? Where happened to “kita jaga kita”?

Justifiably, many ordinary people are pretty much fed up at the incompetence of the prime minister and his coalition government.

But there is a bright spot: Parliament will be reconvening by the end of the month after the King said there was no need for the state of emergency to go beyond 1 August. Hurray!

We hope there will be some resolution to the misery the people are facing and better heads will come up with more viable solutions on how to deal with the rising Covid cases.

Or maybe a better suggestion would be for the PN coalition government to put up its own ‘white flag’ and accept defeat due to its incompetence.

The bottom line is many ordinary people don’t want the PN in government anymore. Maybe I am pushing it or hoping for too much here. But there is always hope! 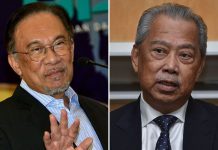 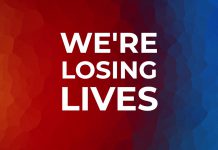