The analogy of a betrayal in the family resembles what happened in the country recently, John Fong writes.

Perhaps the easiest way to illustrate the political conflict in our nation over the past couple of months may be through the analogy of a simple household with internal problems.

The problem began when either one or both individuals in a relationship started to feel unsure of the love and commitment of their future spouse after being in a relationship for some time. But they went ahead with the marriage anyway and even had a child of their own, as pressure from their families, friends and society grew. Perhaps it was also for the sake of the consolidation of wealth of both families.

Like our political parties, both partners claimed to have put aside their strong beliefs for the sake of the common good. But to what extent did they actually commit themselves to the greater good while disregarding their personal egos?

Because of the uncertainty on both sides and their wavering commitment towards sustaining the family, many minor conflicts, distrust and arguments erupted within the household, behind closed doors, unbeknownst to their closest family members and friends.

But once the resentment accumulated, it only took one individual to make a move, borne out of lust, for the family to break down. As lust triumphed over conditional love, this individual indulged in an illicit relationship with a third party, an individual outside the household. This led to divorce on the grounds of proven infidelity – for it was no longer tenable for both to continue living together.

Similarly, a political party that agreed to be in a coalition, giving “hope” to a new government, had many minor disagreements. And then it began a separation process after secretly obtaining gradual support from external parties to form a new majority – what they called a “backdoor government” – without having to go through elections.

As the divorce proceedings went ahead, it was the child in the family who suffered the most. Conflicted, confused and devastated, the child was forced to choose between either parent, even as both parents rushed to obtain custody, presenting their evidence of who cared more and was better able to provide for the child.

The child in the family was none other than the people and democracy in our nation. Many relied on the government to provide a conducive environment for them to grow. Yet, it was all taken away by the very politicians we voted for, who forsook the people to fulfil their own desires.

It was no surprise that the child was unable to choose between the two parents – like most other young children still in the early stages of childhood growth. The breakdown of the family will now inhibit their growth and make the child long for the socio-emotional support that will forever be missing from what’s left of the family. The situation gets more complicated when extended family members and external forces intervene in the child’s wellbeing and freedom.

As the people keep longing for government support and guidance, which they failed to obtain, it is the vulnerable ones who suffer the most. External factors such as the coronavirus pandemic, the movement control order and a lack of professionalism worsen the people’s socioeconomic wellbeing and hinder their future development.

So this analogy of a betrayal in the family resembles what happened in the country recently. Turning to an external party while in a marital relationship is not a criminal offence in Malaysia under common law. Yet society does not condone it, for it goes against ethics, principles and human values.

What they have done, was it legal? Yes. Did they commit a criminal offence under the law or the Constitution? No. But society frowns on it from an ethical perspective, all the same.

Today, we have reached an impasse: either choose what remains of our moral compass or succumb to base desires, ignoring every value that defines us as humans. As the pandemic envelops our world, I am afraid we have very little time to choose.

John Fong, an Aliran member, is a masters student in social science in a local public university 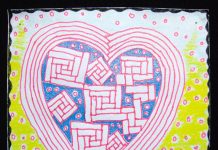 Where’s the Plan for the Homeless in Kuala Lumpur & the rest of Malaysia in light of the Coronavirus – Covid-19 global pandemic? Is the No-Mandate Usurper Regime telling Malaysia’s Homeless to Migrate to California?