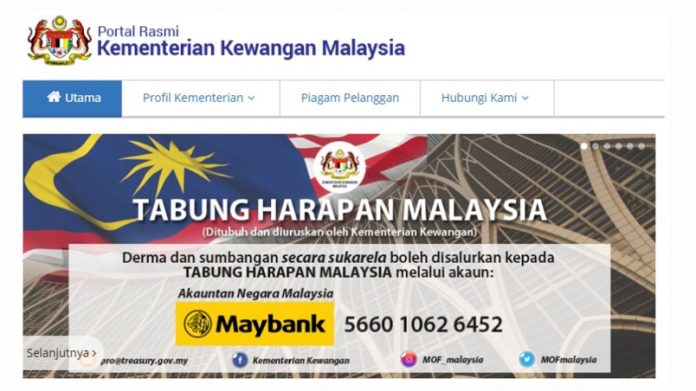 Let the Hope Fund be a true patriotic effort to which we give out of care and concern while efforts are made to return stolen loot to their rightful owners, the citizens of Malaysia, writes JD Lovrenciear.

The Malaysian Hope Fund’s incredible success in raising RM7m in 24 hours is more than a feat. It is about the power of right-minded, liberated citizens.

In responding to the damage to our country’s financial health, citizens rallied behind the idea of helping our nation.

Thanks to the citizen who proposed this gem of an idea, which the prime minister immediately took up put in place, we are witnessing a gold standard of patriotic resolve.

Behind this unprecedented initiative lies an ugly truth that must be addressed by the new government of Hope Malaysia.

It must act decisively and quickly to haul up all those under the previous administration who indulged in wastage and corruption and profiteered at the nation’s expense, amassing obscene wealth.

Those who were in power or under the spell of a patronage-prone government of “You help me, I help you” and who had abused their status, power and control need to be dealt with under the law. Some had acquire fleets of expensive cars, stacked away from the public eyes bags of hard cash and valuables, invested in properties and lucrative investments well beyond their means.

This is about repairing and building our nation, which is mired in RM1 trillion debt.

While caring citizens rise to add to the Hope Fund, those who stole from the people must now return all their ill-gotten gains – whether stashed within or outside our shores.

READ MORE:  The Myanmar coup on film: 22 February to 1 March

Pathetic lies and claims made by culprits that what they have is their heirloom or theirs by right or privilege or that it came with their status must be given short shrift and exposed as sins against the nation.

Let the Hope Fund be a true patriotic effort to which we give out of care and concern while efforts are made to return stolen loot to their rightful owners, the citizens of Malaysia.

The Myanmar coup on film: 22 February to 1 March

Debt monetisation: Don’t let its novelty scare you off!

Budget 2021: Missing the forest for the trees?