No country should ever look back at its past and wallow in self-pity and make it an impediment to progress, writes Benedict Lopez.

Annexed by the Soviet Union in 1939, Lithuania was subsequently conquered by Nazi Germany on 22 June 1941 and occupied until 28 January 1945.

In the aftermath of World War Two, Lithuania once again fell into the ambit of the Soviet Union despite vehement protests from Lithuanians. The United States adopted an apathetic attitude and failed to support Lithuania’s yearning struggle for independence.

Soviet rule in Lithuania (1945-91) was characterised by oppression, persecution and genocide on the Lithuanian people. During the period of the occupation, one in three Lithuanians became a victim of the KGB or Committee of State Security, which was the main security agency of the Soviet Union.

The KGB’s chronicle of repression and persecution were an indelible and conspicuous part of the dark days of Soviet Lithuania and they worked in partnership with their cohort, the Lithuania Communist Party.

Notwithstanding 45 years of suffering, Lithuania was the first of the Soviet republics to declare its independence on 11 March 1990. Despite Soviet demands to repudiate the proclamation of independence, the brave people of Lithuania remained resolute in their strength of character to be freed from Soviet hegemony.

The Soviet Union responded by affirming categorically that Lithuania was still under its domain. Then Soviet leader Mikil Gorbachev retaliated by imposing economic sanctions against the mutinous nation. Moscow also responded when Soviet soldiers besieged part of the Lithuanian capital, Vilnius. In January 1991, the Soviets carried out a large military operation against Lithuania.

Support the struggle to build a Malaysia based on Justice, Freedom, Solidarity:
READ MORE:  The nature vs nurture debate

But shortly afterwards, Gorbachev’s powers waned, and by December 1991, 11 of the 12 Soviet republics declared their independence and formed the Commonwealth of Independent States. With the imminent break-up of the Soviet Union inevitable, Gorbachev resigned as president.

I learned about the history of Soviet rule in Lithuania when I visited the Museum of Occupation and Freedom Fights in Vilnius in August 2012. The museum, then known as the Museum of Genocide Victims, was opened in late 1992. Ironically, this was the building where the KGB operated for more than 50 years.

This museum chronicles the repression and persecution of the Lithuanian people in the 20th Century, the nation’s loss of independence, brutal reprisals at the hands of the Soviet regime and the bitter fight for independence. Even for a tourist like me, it was a chilling reminder of the human brutality, which I find difficult to comprehend.

Another tourist landmark I visited was The Road of Freedom, a monument remembering the 20th anniversary of the restoration of the nation of Lithuania. The Road of Freedom is a commemoration of the fight for independence and a symbol of freedom and solidarity for posterity. It is a poignant reminder of the unity of the people of Lithuania in their struggle to regain their independence.

According to information sourced from state institutions, the damage caused by the USSR’s occupation to the Lithuania was assessed to be around US$278bn. Lithuania lost one million people through deportations, executions, incarceration, the murder of the political opposition and forced emigration.

After regaining independence in 1991, Lithuania nevertheless spurned despondency and progressed gradually, and like Latvia and Estonia, embraced a market economy. Economic changes in Lithuania since its liberation have included the privatisation of small and medium enterprises, revocation of price controls, land reforms and reorganisation of the financial sector.

Privatisation moved rapidly from 1992 to 1994, especially of farms, housing, and small and medium-scale enterprises. More than half the large and medium-sized enterprises targeted for privatisation were sold through public share offerings.

A new national currency, the litas, was introduced in June 1993, but Lithuania joined the Eurozone on 1 January 2015 and has now adopted the euro as its official currency. The economy grew by an average of 3.5% annually over the past five years and is expected to grow by 3.3% in 2018.

International agencies continue to give Lithuania a positive assessment for its economic performance. Lithuania joined the European Union and Nato in 2004 and with that, its economic future looks promising, its national security guaranteed: its traumatic past will definitely not return to haunt it.

On my departure at Vilnius airport, I chatted with a young Lithuanian, who told me he could not understand why his parents and those of their generation still harboured resentment towards the Russians.

I replied to him in just one word: history. I suggested that he read up on Lithuania’s grief-stricken history and then perhaps he would be able to empathise with Lithuanians of that generation.

No country should ever look back at its past and wallow in self-pity and make it an impediment to progress. The three Baltic states – Lithuania, Latvia and Estonia – are a testimony that all it needs for any country to progress is for the people to be imbued with courage, conviction, resilience, self-determination and true grit. These virtues will make a meaningful difference between their past and their present. 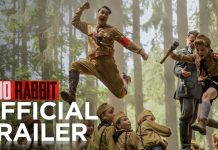 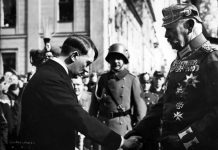 Nazism has no place in Palestinians’ struggle for homeland