The simple act of actively lighting candles is perhaps dangerous if it illuminates the darkness of ignorance, oppression and injustice, says Yeoh Seng Guan.

This year marks the 50th anniversary of the draconian Internal Security Act (ISA) coming into force. Over the years, it has been invoked to detain without trial thousands of Malaysians (and even non-Malaysians) deemed to be a “threat to national security”.

What these “threats” are – and they are decided by the powers-that-be – have been open to serious question. Another violation of international human rights standards are the conditions of the initial 60-day detention period mandated by the ISA. Through the courageous testimonies of former detainees, we now know the kinds of torture and the cruel and degrading treatment meted out during this period as well as the long-term ill effects on them and their families.

For decades, a handful of human rights groups have been calling for the repeal of the ISA given that there is a host of other existing legislation which allows for due process of law before a person is incarcerated. Increasingly, their appeal is echoed by more and more Malaysians from all walks of life who do not see the justification for its continued existence. Indeed, the “terror” once incited by the threat of the use of the ISA is losing its sting for a citizenry that believes in following international human rights standards.

Last Sunday, 1 August, as in years before, Malaysians in several cities and towns across the country gathered to signal their dissatisfaction with the ISA. They met in public spaces and in semi-darkness to light candles calling for the repeal of the ISA. Those present included women and children. In all cases, they were met with sizeable contingents of police personnel demanding that they disperse and stop carrying out their peaceful symbolic gesture. Several were arrested. Many of those targeted wore red shirts or head bands, had anti-ISA badges on them or chanted “Hidup Rakyat” (“Long live the people”) and similar kinds of democratic phrases.

The following day, most of the mainstream media provided fleeting or skewed coverage of this significant event. However, this lack was more than compensated in the age of new media. A fuller flavour of the happenings was captured on several amateur video clips and disseminated in cyberspace. The raw exchanges between the police and the organisers were on display for all to see and judge for themselves what is at stake.

In this context, the simple act of actively lighting candles is perhaps dangerous if it illuminates the darkness of ignorance, oppression and injustice. Indeed, keeping that flame of hope alive and infectiously spreading it around might be tantamount to dispersing the old order and ushering the new. As in the spirit of the slogan of a community theatre group that I saw recently, “a flame lights a thousand candles”. 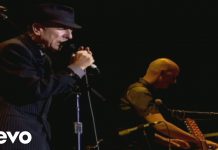 Leonard Cohen’s Anthem – a ballad of hope amid darkness