We should come to the defence of all those unfairly treated either by an individual or by the system, irrespective of their ethnicity, Ch’ng Chin Yeow writes.

Donald Trump was voted out of office in the recently concluded 2020 US presidential election following an unprecedented turnout of voters. It was a referendum on Donald Trump.

Whites, blacks, Latinos, indigenous Indians and the other minorities came out in droves to vote Trump out of office.

The referendum on Trump was on his fitness as the US President on two main issues.

Second, on the domestic front, the referendum on Trump was on his chronic lying and racist tactics. Such tactics used divide and rule based on hate, fear and blame to constantly weaponise every societal issue to empower his core supporters, the majority of whom are white with strong prejudices against other minorities.

Trump has been able to draw out latent human prejudices (against people who are different from ourselves) in the US.

The first racist political campaign he initiated was the “birther” conspiracy against Obama when the latter was the President. Trump stoked right-wing theories that Obama, the son of an immigrant from Kenya, was not born in the US and was thus not qualified to be the President. Such theories gained widespread support in the US among whites who were prejudiced against the blacks.

READ MORE:  The Donald we knew - the Donald the world now knows

Trump often included Obama’s middle name, Hussein, when referring to the then-President, to insinuate that he is a Muslim despite his Christian faith, to lie and to sow Islamophobia.

His success in his 2016 presidential election was based on his racist campaign against South American migrants and asylum seekers, using the simple slogan “Build the wall’, in his bid to close the US-Mexican border. He described Mexicans as crime-prone and “rapists”, and they were coming to take jobs away from the Americans.

In his 2020 campaign, he threatened the white middle class in the suburbs that low-income housing – and the people who would be moving into their neighbourhoods – would change the fabric of their suburbs.

Trump never addressed the social divide in America. Instead, he encouraged and empowered the whites by constantly taking their side whenever there was any racial unrest – whether it was over the police brutality against the blacks (George Floyd in Minneapolis) or the murder of blacks by whites (Ahmaud Arbery in Georgia), or the white supremacist rally in Charlottesville against the Jews.

He has empowered white supremacist groups to come out as his core supporters without fear of retribution. The latest being during the first debate with Biden when he refused to condemn white supremacists. Instead, he asked the supremacist group, the Proud Boys, to “stand back and stand by’, insinuating that he was rallying them to defend his presidency, to widespread condemnation by many in America.

There are lessons for Malaysians to learn from the 2020 US presidential election.

First, turning out at every election is important. It is our constitutional right as Malaysians to cast our votes to pick our government. We ourselves must set the path for our future and not leave it to the political elite and the spineless frogs to decide on our behalf.

Second, all Malaysians should be wary of politicians and others who are trying to draw out our latent human prejudices (against people who are different from ourselves), using race and religion. Every Malaysian is our fellow brother or sister with the inner ability to love and to be hurt just like us. There are poor Malays and there are poor Chinese, Indians, Ibans, Kadazan Dusun Muruts and lain-lain (others). All Malaysians should be concerned with the plight of our Orang Asli and Orang Asal.

Some politicians are trying to drive a wedge between people of different ethnic groups. But we should come to the defence of those unfairly treated either by an individual or by the system, whether they are Malays, other indigenous groups, Chinese, Indians, Orang Asli or Orang Asal, just like the Malays who have come to our defence when we fall victim to some unfair policies or stereotyping.

Non-Malays should come to the defence when others are unfairly treated either by an individual or by the system, whether they are Malays, Orang Asli or Orang Asal, in the same way that some Malays have come to defence of other ethnic groups when they fall victim to some unfair policies or stereotyping.

READ MORE:  How much does an election cost?

The problem in Malaysia is not our differences but the political elite and others who are using “divide and rule” with hate, fear and blame tactics for their political gain. 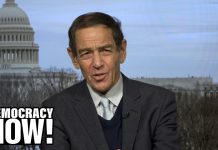 Yes, Ch’ng, Trump is history and there is much we can learn from history!

“There are poor Malays and there are poor Chinese, Indians, Ibans, Kadazan, Dusun, Muruts and others ” – the backyard govt. denies this in Budget 2021. Look at the disproportionately unfair allocation to Malays. Muhyiddin is claiming via Budget 2021 that only Malays are poor.

So far, I have only heard Khalid Samad speak against this unfairness. I am sure when the constitutional monarch advises MPs to support Budget 2021, he does not mean a budget that is discriminatory and unfair.

Whether the backdoor govt. is brought down by not supporting Budget 2021 can only be a secondary consideration. What is most important is that the unfair budget must not be passed.

Good piece Chin Yeow. Just to add some comments. Malaysians should accept that it takes all races to build a good nation. Irrespective of races , all of us should strive to work together a Malaysian society which can live peacefully. So much to be done for a better living. So many issues are lying that need to be looked into. Any particular race alone could not create a better Malaysia. Its time for all Malaysians to look at the welfare of the country on the whole with a clear vision.