The countdown for a new government has begun as the jostling for numbers continues amid the pandemic and economic and social challenges.

Who will get to form the government? Which party president will emerge as prime minister? Or will the interim prime minister have to stay on for the rest of the year or until such time new Covid cases slide to make a general election possible?

These are the unanswered questions.

If we are to see light at the end of tunnel, our politicians need to understand the people’s plight.

Malaysians are suffering from political fatigue. The impact of the pandemic, the lockdown that has shut down thriving businesses and shrunk work opportunities, the accompanying social and emotional duress  – all these  have driven the people to a point they do not trust our politicians.

The 220 MPs come from 22 political parties and include two independents. The  brokering of a deal to form a majority coalition will show how committed our politicians are in putting the nation and people ahead of party interests and their personal quests for fame, riches and power.

The country is suffering from an acute lack of leadership. Who among the party presidents is walking tall? Who among the 220 MPs stands out asprime minister material? This is the toughest question because every political party and its members think only their president is the best.

These parties need to put forward a people’s manifesto to hold the nation together as it battles the pandemic, the economic uncertainties and the social suffering until we reach the next election.

READ MORE:  Who is Ismail Sabri?

Political leaders should not keep telling us they want to form a government to serve the people. They need to spell out what they will do in the months ahead to take the people out of the mess created after the people’s mandate at the last general election was destroyed.

Many seemed resigned to having to wait until the next general election to seal the fate of our politicians and their political parties.

Meanwhile, even as the people pin their hopes on a wise decision by the palace, the political outcome will probably remain within the same mould of the existing 220 MPs.

It is these MPs who must take collective responsibility for the pandemic, the economic paralysis and the many untold social injuries.

Although the people gave their electoral mandate to Pakatan Harapan after a hard-fought campaign, Sheraton Move was partly the failure of some PH MPs.

Yes, there may be some among these MPs who still have what it takes to do a great job. But with so many ‘expired’ politicians elected by gullible voters, what hope is there for a miracle to rescue this nation from the pits?

Given these MPs’ arrogance, their inclination to betray others, and their determination to stay on the gravy train, the next couple of years until the general election will be unpredictable.

And so, the people must continue with their #KitaJagaKita (We’ve got each other’s back) as best we can, as we struggle through this pandemic.

But come the next general election, we must seize our future and the nation’s destiny as we walk to the ballot box.

This time around, the criteria we set for politicians to qualify as a candidate must be made known across the country. Let the MP wannabees and their hangers-on know the people will dump those who fall short of these criteria.

Until we have capable, sincere, qualified MPs with an excellent track record, the nation will not be able to rise from the dumps.

Times are a-changing fast. Covid will give us one last chance to reset – failing which we have no one to blame but ourselves. 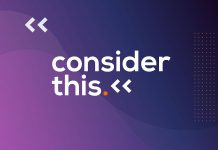