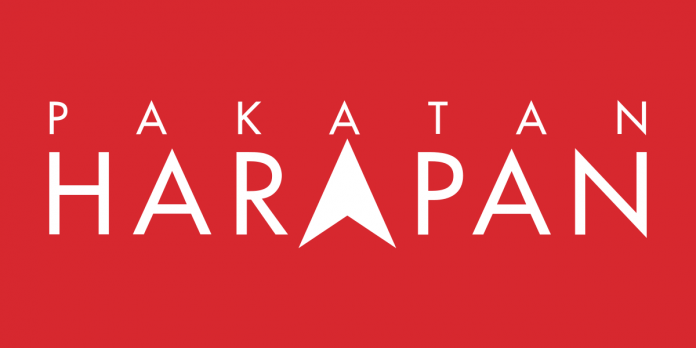 So many funny and not-so-funny articles have appeared in the media recently, and it has been difficult to figure out which ones to focus on.

What is important now for many voters is the feeling whether the coalition still has what it takes to get the country out of the mess it is in.

Thus, the spats in the Pakatan Harapan camp are making many uneasy because there is no longer ‘one voice’ in the coalition. Having internal rifts spilling into the public domain really does no good for PH’s image or for those who still think that PH might still have that same spirit which brought them to power in 2018.

You do not want voters to be put off by all this bickering. Don’t you guys chat about these issues at your gatherings? Knowing that the general election had been looming over the country for so many months, shouldn’t all these issues have been, more or less, sorted out?

Surely all political parties would have had some inkling where all the dithering Prime Minister Ismail Sabri Yaakob was doing on questions of a date for the general election was leading to. It was no secret he could not stand up to Zahid Hamidi’s pushing and shoving and someone had to give way and he did.

Speculation arose that a vote of no confidence in the prime minister might happen. So, to avoid another ‘Mahiaddin moment’ (he had lost majority support and resigned in August 2021), Ismail Sabri was astute enough to pre-empt this hurdle by going to the King to get his consent to dissolve Parliament due to “current political developments”.

Support the struggle to build a Malaysia based on Justice, Freedom, Solidarity: Tel: 04-658 5251 email: [email protected]
READ MORE:  Election 2022: It's time to #Vote4Climate

With the dissolution, PH leaders seem to be having some difficulty deciding whether to have state and federal elections together or separately.

What’s with this dilemma? Why do they want to make it so difficult for themselves and, more importantly, the voters? Is it really necessary to get them to vote twice?

Voters might get really fed up and decide to vote for some other party, and there are some just waiting in the wings. Mahiaddin Yasin’s Perikatan Nasional and Dr Mahathir Mohamad’s Gerakan Tanah Air are cases in point, and they will do anything to exploit these issues to get to unsatisfied voters.

Yes, many have asked for a postponement of the general election mainly because of the monsoons.

But as Barisan Nasional chief Zahid Hamidi openly mentioned at his recent speech at the MIC annual general assembly, where he ‘helped push’ for a snap election, he desperately needs BN to win to save himself and his cronies from being sent to jail for corruption.

Having the general election postponed to 2023 because of the monsoons was never going to happen. Weren’t the Malacca and Sarawak state elections held during the monsoon season of 2021? BN won in Malacca, even with a low voter turnout due to the pandemic at that time. It might work out in BN’s favour again if the turnout is low due to the monsoons. Then there was Ahmad Maslan telling voters to use an umbrella if it rains on polling day!

Hence, there is a good possibility that BN will walk away with the general election despite the monsoons and if PH does not get its act together.

There is also another worry: the Covid variant XBB, which is hitting several countries, including neighbouring Singapore. We do not need this new variant to run rampant across the country again.

With these in mind, the PH should not want its voters to go through voting twice, either.

So, do as Rafizi Ramli said: field your best candidates, not only for the Bandar Tun Razak parliamentary seat, but throughout the states. Use the knowhow you had in 2018, connect with the people in your ceramah, use social media, reach out to Gen Z. Tell them despite the mind games that are other parties are using, the PH coalition is still a force for good.

Become great tacticians in your strategies and put the best that PH has to offer in states where it counts. There are states that PH has won, but these should not be taken for granted. Give more emphasis to states where PH ideals have diminished and need to be revived.

The Election Commission has announced that nomination day is 5 November and voting is set for 19 November.

So switch off the nonsense that is spewed out from Pas about the DAP being pro-communist, and BN’s comments about PH’s brief sojourn in government. It is ironic for BN to criticise PH’s two years in government when they had 60 years to be more attentive to the pressing needs of all Malaysians – instead of which they made the country a laughing stock with all the corruption scandals that run rife in government.

PH needs to prove that the ideals and dreams that brought it into power in 2018 are still bright and strong, albeit with a stronger affirmation of ethics, morality and honesty.

The time has come to be united, strong and confident. The time is now. It is a new time for PH. It is showtime!

jem, an Aliran reader, still cares deeply about Sabah, despite having lived in the peninsula for some time