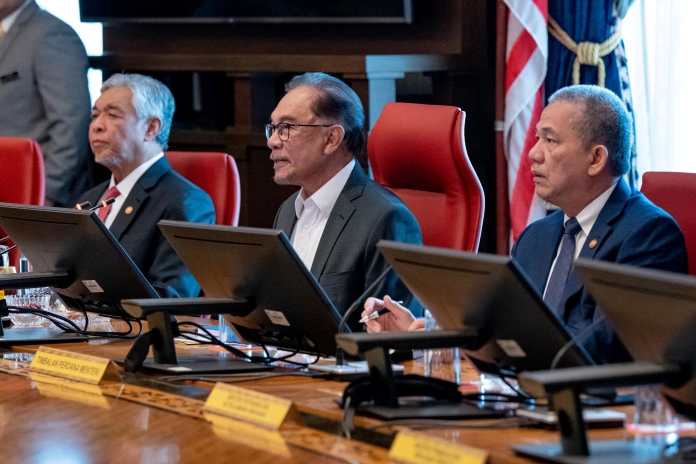 Ahmad Jazlan’s tenure had been terminated two days earlier following a collective cabinet decision on 14 December to terminate all political appointments, which were a drain on the economy of the country.

His action was tantamount to showing the middle finger to Anwar and his cabinet.

It is clearly the infamous Umno DNA taking over – which doesn’t respect the decisions of the highest authority in Umno, the delegates’ conference. The supreme council had acted contrary to an earlier decision of the Umno delegates conference – regarding cooperation with Pakatan Harapan – without any consequence. It is this DNA that came into play when Zahid unilaterally appointed Ahmad Jazlan.

Anwar’s predecessor, Ismail Sabri Yaakob, had made 234 appointments from August 2021 to September 2022. These were political rewards to buy loyalty and support for Ismail Sabri to remain as then PM. These appointments were not based on the competence or the qualification of the appointees, which would have enhanced the performance of the government-linked companies and government-linked investment companies and yielded profits for these firms to benefit the nation.

Zahid said although the cabinet had decided to terminate the contracts of political appointees to government-linked companies, he believed that Ahmad Jazlan should continue in the position irrespective of the cabinet decision.

He is in the cabinet not because he possesses any extraordinary skills or competence; he is there because of some political arrangement and realignment, not because of any special ability.

He is the deputy PM not because he and his party, Barisan Nasional, won the recent general election, but because the 30 BN MPs facilitated the formation of the ‘unity government’.

It is a good thing that Anwar has put the appointment of Ahmad Jazlan on hold. He should never allow this appointment to come into effect. That would be insulting the cabinet decision and condoning a wrong.

Zahid had defied the cabinet and insulted Anwar, the Prime Minister. His action runs counter to the collective responsibility of cabinet members and cannot be tolerated or condoned.

From the Sheraton move in 2020 till today, Umno has continually destabilised
the country’s political arena, causing the unprecedented appointment of three
prime ministers in five years till 2022 and costing the country valuable time in
making strides in our development.

Can Umno, through Zahid, stop making uncertainty a certainty? We have lost
out big time on foreign investment in the period. Sadly, the youths of this
country will end up paying for this Umno mischief.

I totally agree with Ramakrishnan. Zahid should have known better than to have appointed Ahmad Jazlan. This shows that Zahid can be a risk in the future should there we disagreements in policy.
Let’s hope that this one issue will be the first and the only from Zahid.

With due respect to you , Hold your horses for the time being . Give them a chance to work it out , defiance may be but PM has already pooled the rope . Thank you .

It’s easy to say give them a chance. We have been hearing this for 60yrs or more. Give them a chance. And the chance always failed us. If you in the comfort zone you don’t feel how the rakyat gone through. They always give the govt a chance at every election but the rakyat are at the losing end and the person we gave chance to got themselves rich while the poor remains poor.