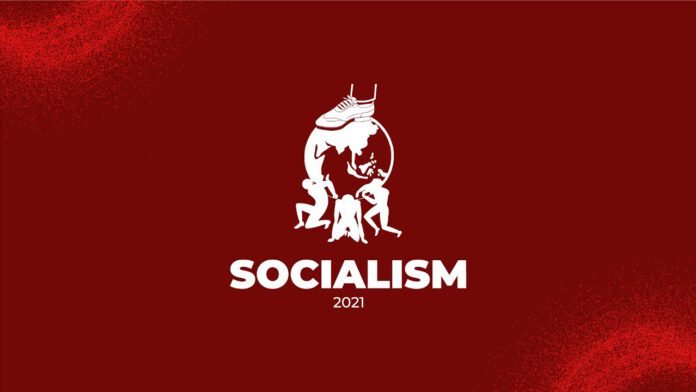 Recently, a former senior research fellow at the University of Malaya, Shahruddin Maaruf, said socialism could be an option for Malaysia.

His views deserve contemplation given the inequalities that prevail in the capitalistic system of governance.

Pre-independence, it was the imperialists who imposed their unfettered will to further their economic objectives.

As colonists, their only consideration was to reap profits from the rubber and tin mining sectors. So, they sparked a migration of foreign workers to work on the tin mines and to transform virgin jungles to rubber plantations.

Though this took place a century or more ago, the same scenario appears to be repeating itself even now. Today, our homegrown business elites seem to have taken over the role of the colonists!

The plantation sector is reminiscent of a colonial-era economic venture. In the colonial era, the British sought to secure a constant supply of cheap labour to develop the rubber plantation sector.

Today, Malaysian plantation owners are duplicating the colonial-era scheme of securing a constant supply of labour by sourcing for migrant workers at exploitative wage levels.

During the British occupation, migrant workers were treated as a means of production and deprived of social standing. They were victims of a slavery system that the British perpetuated.

Between the colonists and the prevailing modus operandi of the many government-linked companies that function in the plantation sector, the only difference is that the latter are operating in a different era.

The colonists were outright in their immoral pursuit of repatriating revenue, and our homegrown plantation owners seem to have embraced the same mindset.

READ MORE:  Does Malaysia really have a 'labour shortage'?

In the past, marginalised segments of society from host nations toiled under an indentured system. The situation is no better in this era.

Even today, we hear claims of bonded labour. US Customs and Border Protection have banned imports not only from the manufacturing sector but also plantations due to allegations of abuse and forced labour indicators.

These are homegrown enterprises which, by right, ought to subscribe to accepted labour standards – regardless of whether their workers are Malaysians or migrants.

The government has a responsibility to ensure that all labour laws are realigned to conform to fair labour standards.

Sadly, that does not seem to be the case – simply because capitalist elites still rule our country. Under such circumstances, can socialism find a footing with the people?

Still, the tenets of socialism had found traction with the people. So, socialism may still find acceptance, especially among young voters, who may be receptive to the ideas of social justice. With youth unemployment at 13.9%, there is a real possibility they could be swayed by the concept of socioeconomic justice.

The question is, will the opposition parties, other than the Socialist Party of Malaysia (PSM), have the political courage to reach out to voters on a platform of socialism?

READ MORE:  Even at 100, planter Ranganathan is not slowing down

Socialism or whatsoever ideologies is gone in Malaysia today. In today’s development and materialistic culture, people here are no more interested of looking at nor adopting any ideologies. All people would like to look forward us about good governance, how will taxpayers’ money been handled and how people’s well-being are being looked after. Cost of living is getting higher, the economy is not getting any better (even if economists keep on giving positive impacts), unemployment is not going to be resolved any sooner.
Nobody is going to look upon any ideologies to solve their problems. For those who had red about ideologies saw all ideologies eventually fail whenever good governance is not present.

While I agree with the Author, I am not even sure that the political parties know what is socialism? And what kind of socialism? I wonder whether they are aware of developments in socialist thinking? They don’t read enough. They do not look outside and see expériments of what socialism could mean in practice. I think the opposition parties themselves are thinking of how to get into power and how to keep power. I do not think that they are committed to any value system at all really. If they do, they do not walk the talk.

Socialism in our case must discard race and religion, which are the fetters that cripple our economic and socialist progress. All must be considered as Malaysians, not Malays, Chinese or Indians and should be accorded all equal rights, no such ideology as “Ketuanan Melayu”, or “Ketuanan Cina” or Ketuanan Hindu” !!