When we have a policy to uplift all Malaysians, especially those in the bottom 40%, many Malays are likely to be the beneficiaries, says JD Lovrenciear.

Azmin Ali has come out with guns blazing with his immediate post-Semenyih by-election response.

It seems that it is time to bulldoze through the bumiputera agenda and protect Muslim rights. It also seems that he is of the singular mind that all that needs to be done must be done, irrespective of how non-Malays and non-Muslims would react or criticise.

Hopefully he is not echoing the thoughts and intentions of Dr Mahathir Mohamad or the designated successor Anwar Ibrahim.

Azmin, please do not fight fire with fire.

What needs to happen is the fulfilment of the 100-day promises as peddled in Pakatan Harapan’s 2018 general election manifesto. Otherwise, you might as well rehash the Umno manifesto in preparing for next general election.

What this nation seriously needs to make a quantum leap and to see the blossoming of a new Malaysia is an affirmative policy for all Malaysians. We need to have the moral fibre and purity of soul to rise above the racial and religious divisiveness that can destroy a nation in the long haul.

We must protect the bottom 40% of households who were actually not created by the “lazy Malays” (as claimed by some leaders). They were neglected by Umno, which instead nurtured a small group of wealthy bumiputeras.

On religion, Islam is well protected in Malaysia and always has been and will be forever. For as long as our wise rulers are the heads of Islam in the country, why is there all this drummed-up fear of Islam being under threat? Islam has never been under threat in any country for the matter. Otherwise, it cannot be the fastest growing or spreading religion in contemporary society.

If Islam has been around from the time of the holy Prophet (pbuh) to this day, why would anyone think that the minority non-Muslims in Malaysia can weaken Islam here? So stop this scaremongering.

When we have a policy to uplift all Malaysians, especially those in the bottom 40%, many Malays are likely to be the beneficiaries. So refrain from singing Umno’s song and focus on improving the lot of the bottom 40%.

Meanwhile, it is time Azmin and others spoke up about taking back the wealth of the nation which has been illicitly stashed away by the ultra rich, causing much misery to the rest of the population, many of them Malays. 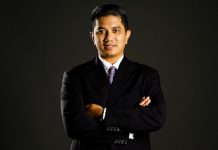 Azmin Ali could be interim PM in possible succession scenario?