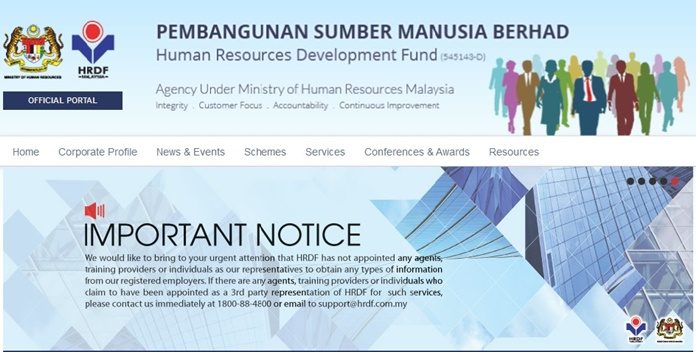 We don’t need to stop deductions for workers’ training just because there are people who abuse their authority, writes Ronald Benjamin.

Recently, someone wrote an interesting letter to the media (19 June 2018) asking for Human Resources Development Fund deductions to be stopped.

The author, who claims to be a worker and employer, is unhappy that in 2016, the HRDF unilaterally decided that 30% of all employee contributions would be placed in a central fund, and this resulted in vast majority of employers having inadequate money to fund their own training programmes. Now, the HRDF have been found to have used the money to sponsor junket tours and pay fat salaries and remunerations to their directors and management staff.

While the author has rightly raised the pertinent points of unilateralism and abuse of funds, he seems to address the issue in a narrow sense by regarding employers as the sole owner of the funds, when in reality workers’ contribution at work have also played a major part in helping an organisation to attain its desired profits.

Training and development should not be seen as the sole prerogative of employers but a shared responsibility. It ensures that all Malaysians have the opportunity to be trained in their chosen profession so that the nation can achieve its objective of increasing the number of skilled workers.

Being in the manufacturing sector for 30 years, I have observed how training programmes funded by the HRDF have catered mostly to supervisory and middle management. Lower levels of workers are deprived of training. The usual reasoning is that productivity is lost for the day if a machine operator is sent for training. But then, it is these workers and those retrenched that require the 30% of the HRDF funds.

It is laudable that the Human Resources Minister M Kula Segaran has decided to set up a body to investigate cases of abuse in the management of HRDF funds. Hopefully, a more transparent system will emerge for these funds to be used for the benefit of employers and employees.

The Ministry of Human Resources also needs to put a lid on the mushrooming of training providers whose quality is suspect. The tendency among these training providers is to use these funds to enrich themselves – which goes against the true objective of the HRDF.

We shouldn’t burn down the entire house just there are white ants in a certain portion of the roof. We don’t need to stop deductions just because there are people who abuse their authority. If there is an element of corruption the law should take its cause.

We need to view the HRDF as a means to achieve shared prosperity between employers and employees that would serve the common good of the nation in the long run.