Uber is not the only loser in the battle; public transport too, and of course the environment could be affected, writes Mary Chin.

Grab and Uber have hit the headlines once again.

This round not by any allegation of assault or harassment whether of employee-by-seniors, of rider-by-driver, of driver-by-rider or of driver-by-taxi-drivers. It is about Grab and Uber consolidating.

Here are some news reports from 26 March:

Meanwhile, the rider receives some announcements:

Not that Grab’s message above is any less important than Uber’s doubly important messages, but Grab as a company has always presented itself as more mesra, prompt and contemporary with a touch of local pride which it must never lose.

Grab is also a step ahead of Uber in safety features such as the emergency button – yes, for the rider as much as for the driver. Grab takes care of both riders and drivers.

Another good touch is the Superheroes programme, where registered restricted-mobility riders get RM3 per ride for up to 20 rides per month.

Riders and drivers are normally not too staunch or loyal to either Grab or Uber. Most riders take advantage of whatever promotions are on offer, whether from Grab or Uber. Most drivers switch between the two as well, according to demand and incentives. Some cars don’t qualify for Grab though, so these drivers had no choice.

For trips where heavy traffic is expected, riders usually preferred Grab because the amount due had already been agreed upon – there would be no meter ticking away through the gridlock – though it was not the best proposition for drivers stuck in traffic.

For short rides, more considerate riders would choose Grab rather than Uber. A short ride with Grab could cost RM4 compared with perhaps just RM1+ for Uber on certain routes – which would be rather unfair for an Uber driver coming from a long way.

Grab penalises drivers and riders for cancellations. Some Grab drivers play that game by accepting a ride even if they find it too far to be worth the pick-up, then proceed to call and tell the rider to cancel, giving silly excuses.

Of course there is that small-talk relating Grab to a woman with expensive bags, watches and jewellery, but I haven’t come across any pockets of people boycotting.

The plus symbol in the title of this article could well be replaced by a minus symbol, in that the defeated rival is eliminated. Call it a merger, acquisition, takeover or graceful swallowing. This ends the bitter battle which left Uber suffering a haemorrhage of both riders and drivers. The plus symbol is somewhat justified by the fact that Uber gets a 27.5% stake in Grab, and its CEO joins Grab’s board.

The weaponry has been in promotions for the rider and incentives for the driver. Each promotion, with limited-term validity, is tagged with a unique code e.g. JOMLEPAK, KUIHKAPIT and VISITATOK. I find those of Uber particularly cool. Uber users need to enter a promo code just once and it would be automatically applied on each booking so long as the code remains valid. Grab, on the other hand, requires promo codes to be entered at each booking — if you forget, you miss the discount.

Grab usually offered better deals. How much discount can one expect? Take Grab’s promo code ZEROFARE last year, for example. It ran from 14 to 28 February 2017, was then extended to 6 March, and then ran again from 25 to 31 October. The small print was a redemption limit of 10,000 per day, which meant by late afternoon, other riders might have exhausted the offer and the promotion wouldn’t be available for the rest of the day.

ZEROFARE was valid for rides up to RM7 only. Four weeks of 10,000 rides each day at RM7 per ride comes up to almost RM2m. Grab reimbursed drivers in full. Riders rode free. And this was just one promotion; there were many others.

That was a bold investment strategy, which is paying back as Uber is now ousted and riders are now hooked so much so they still Grab, even when promotions ceased. Payments are made per ride. If riders sit down to calculate the total spent on Grab and Uber per month, many would be shocked. The same applies to not just party-goers spending the night out, professionals commuting to work and ibu-bapak landing on our soil for medical tourism, but also migrant workers and refugees (many of whom are neither prudent savers nor budget planners, partly because our system almost excludes them entirely from opening any bank account).

Buses used to be more crowded. Uber is not the only loser in the battle. Public transport too, and of course the environment. How are we going to balance the equation when passengers are enticed out of the bus and each chauffeured in separate cars?

Grab is neither the first nor the only company to swallow Uber. Didi did it in China in 2016. Yandex did it in Russia the following year. Uber introduced to the world a new concept of ride-hailing. Some copycats adopted the concept with business models more successful than Uber’s. The fittest survive.

The concept, however, is deviating from the ideal of:

Many Grab drivers do own the cars they drive, but some don’t. Grab has been putting new cars on the road (not a green solution). In such cases we head back for the classic taxi-owner-driver model, where a chunk of what the rider pays ends up in the owner’s pocket, not the driver’s.

Sharing? Grab did introduce GrabShare, where strangers can share the same car at the same time (a bit like what I used to do everyday in Ipoh when I was young: we just packed ourselves into ailing taxis). A good move by Grab, but ugly Malaysians retorted with all sorts of xenophobic insults. The reader may refer to the posts on the day of the announcement on Grab’s Facebook (that is, if people are still Facebooking).

How about the drivers? I have met some of the most hardworking souls. That fat dream of making crazy thousands each month proves too good to be true. Those who earn all right work long hours. Take-home profit isn’t that lucrative after deducting petrol and car maintenance expenses. As some drivers call it, “Layan-layan saja.”

Uber and Grab are into this rating business (or game) where drivers and riders are encouraged to rate each other from one to five stars. (Rather odd, as rating somebody with one star is supposed to mean I hate him or her! I wouldn’t have conferred anyone any star in that case.) The model might create too many over-polite drivers who are simply trying too hard. How ‘plastic’ can we go and what degree of plasticity are we hoping to stretch?

A hotel stay can’t compare with a car ride. Hotel stays are not only longer but more open-ended with many variables prone to nasty surprises and disappointments. A dirty hotel would be far more trying than a dirty car. Anyway, how dirty can a Grab car be, given the limit on the age of the car Grab imposes?

In a car, I would be thinking of getting from point A to point B most efficiently – I wouldn’t bother about the air-conditioning being a degree or two too low or too high.

The shift of focus to plastic politeness, from good navigation skills, is not a good evolution. We don’t bring practical navigation skills to the pawn shop in exchange for GPS navigators. GPS navigators have been tremendously helpful for non-professionals, with varying degrees of accuracy though. A request to go to the airport may lead you right on to an aeroplane runway. Skilled taxi drivers can do a much better job.

There is more to taxi driving than taxi licences. Grab and Uber lift the requirements on both traditional licensing (which is good) and training (which is no good).

Let us not remove that human navigation skill from ride-hailing drivers. In fact a landmark brain study on London taxi drivers found that their hippocampi (shaped and named like the seahorse), a major component of the brain, were significantly larger than others. Years of training, experience and skills led to structural changes in the brain.

With Grab and Uber, it isn’t clear who is supposed to know and lead the way. Is it the driver, the GPS navigator, or the passenger? A lot of petrol and time is wasted in the lost-and-hopefully-found process. Even if the rider knows the way, often from the rider’s smartphone he or she can see the car that has just been hailed going round and round – if not further and further away – before it eventually arrives for the rider to to enter the car and then start guiding the way.

Training needs are taken too lightly. Many drivers from mainland Penang drive on the island without any knowledge of the broad-stroke bearings of the island. While we appreciate their needs and difficulties, that everyone is out to cari makan (make a living) cannot be the ultimate grounds for compassion. I have also come across drivers signing up with Uber and going on the road in KL – having just arrived in the peninsula.

Congratulations on the triumphant takeover. Here is the way forward:

Note that I haven’t asked for more ZEROFAREs. I guess readers will agree that another encore would be far-fetched. 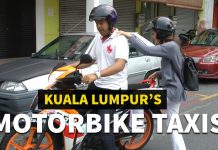 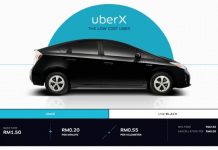 Will Uber be legal once Parliament passes Budget 2017?

No, the issue of monopoly of Grab has not been touched upon anywhere & the whole article is just “beating about the bush”, same as the reply to the comment.

Of course, without a healthy competition, the riders will suffer as the fares offered by Grab will no longer be competitive, but perhaps it doesn’t bother the writer! 😊

Responding to SR, neither conveniently nor otherwise 🙂 True, if you do a text search, the word ‘monopoly’ is absent. If you read the article carefully, however, the question has been sufficiently addressed. By the way, this monopoly and price-hike speculation seems to be the only issue raised in forums and letters — do we only think of our own pocket, money, money and money — do we not think for the common good? Also, by the way, I have neither owned nor driven any motor vehicle in my life, why then is the fare I pay not my main agenda? Don’t we have the freedom to walk, bike, ride the bus and ride Grab at proportionate discretion?

The most important factor which the writer has overlooked conveniently or otherwise, is the monopoly of Grab, which will definitely raise the fare & is a bad news for riders! A healthy competition was a must to keep the service & fares best suited for riders, which now may not be guaranteed by Grab!