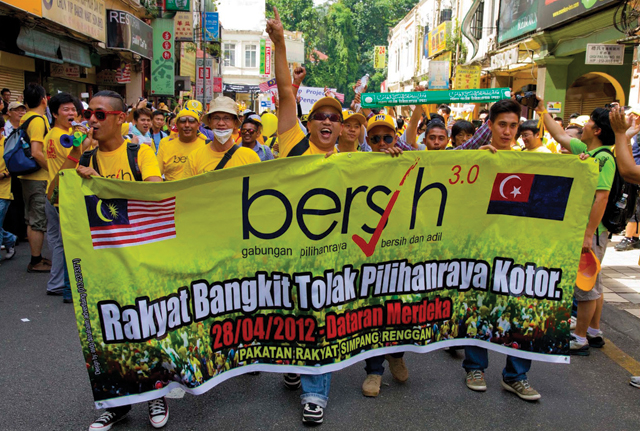 We must build the necessary political and economic foundation for a green economy and green jobs to flourish, writes Ronald Benjamin.

The Pakatan Harapan initiative to amend the Federal Constitution to lower the voting age to 18- which was overwhelmingly supported by the opposition in Parliament – was a significant day for democracy in the country.

It showed there are promising signs of bipartisan initiatives although the nature of the political system in the country after 60 years of independence is still tilted towards ethno-religious expediency. It is hoped that youths could lead the way by challenging the current traditional trade unionism that has little affinity to environmental issues.

Labour unions have little leverage in politics and national policies due to infighting of their leaders, some of whom are holding on to positions for long periods of time without handing over the reins to the next generation who could come up with progressive ideas.

It is rare to see current union leaders speaking about the ills of neoliberalism or forming a coalition of the labour and environmental movements. It is hoped that a unifying and compelling factor of the labour and environmental movements that serves the common good of the present and the future could emerge in the consciousness of the younger generation.

One of the key areas that needs to be looked into by the younger generation is the future of work related to the greening of the economy. Towards this end, it is essential to build the necessary political and economic foundation for a green economy, for green jobs to flourish.

Althoughthe current Pakatan Harpan government has made promises for green jobs, what is lacking is the critical political and economic foundations to ensure that such a transition takes place.

A simple example is the prime minister still talking about coming up with a new car project instead of enhancing the public transport system to reduce pollution. An international school, which who took an environmental perspective of development, had to apologise to a minister.

Years have passed and Malaysia is still flooded with carbon-emitting vehicles on its roads. Economic development is still observed through GDP indicators while the cost of environmental pollution and damage is not part of the equation.

If we look at the pace of climate change, it is obvious that the older generation’s environmental consciousness in Malaysia has been poor.

In their lopsided desire to industrialise and build expensive houses and transport infrastructure, the political elites have ignored the importance of the ecosystem.

Landslides, air pollution polluted rivers, and the clearing of forests for logging and oil palm cultivation will make the transition to a green economy an uphill battle.

The natural disasters that come about from the corruption of the environment usually affects the common people more than the elites, what more the livelihoods of the indigenous and coastal communities.

Malaysia today is in a dire need of a youthful green-labour political movement to challenge the existing neoliberal political ideology, which is cultivated by the ethno-religious centre-right political circle, which has a poor environmental record.

It is obvious that the current Pakatan Harapan government, which came up with the promise of institutional reforms, and the former Barisan Nasional government have little appetite for preserving the environment.

Youths, therefore, should play a critical part in forming a coalition of the and labour movements that support the Earth. Concrete policies should be introduced that focus on devising an approach that promotes harmonious interactions between human beings and nature in the context of the future of work.

The basis of all economic decisions should in some way be tied to the ecosystem. We should recognise that natural capital and ecological services have economic value.

These decisions should not merely be a concrete alternative to ethno-religious politics. They should be part of a process that accelerates the transition to a high-value green economy that rejects neoliberalism.

Green jobs in the future can only be created if there is a political and socioeconomic foundation that supports their creation.