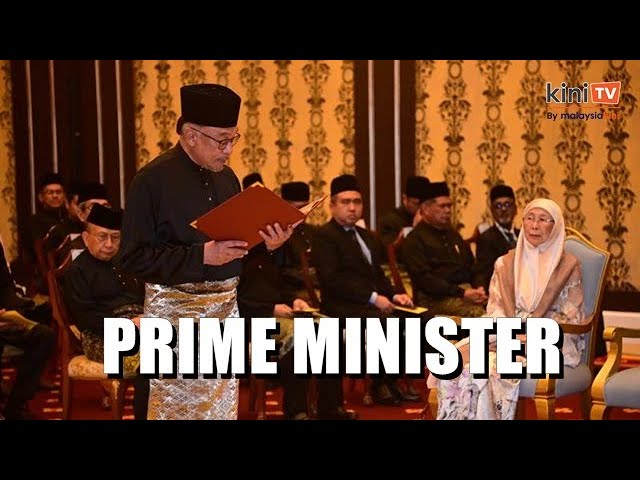 After all these years, and for the time being, Anwar Ibrahim deserves the Prime Minister’s post.

There was so much horse trading that principles got flushed down the toilet.

The forced marriage of Pakatan Harapan and Barisan Nasional, for the sake of national unity, is effectively aimed at offsetting the narrow racial and religious agenda of Perikatan Nasional, which includes Bersatu and Pas. But BN had also harped on similar issues in the past.

I have known Anwar since the days he led the Malaysian Muslim youth NGO Abim many years ago. He needs a strong team to back him up.

Political manoeuvrings will not help, and presently our society is not sophisticated enough to take the bull by the horn.

The masses need to be political but not necessarily join a political party.

The jostling for power and positions will continue. Hopefully, the politicians and their parties can check each other’s excesses or they will eventually get sucked back into the capitalist-neoliberal line and put the country back to square one.

Nobody expected PN to gain many seats in this election. Soon after that, more religious and racial arrogance crept in among their leaders, from the lower ranks and in social media.

PN chairman Mahiaddin Yasin refused to entertain the Agong’s suggestions of a unity government, but Anwar accepted it and became the PM.

Anwar has to go through a vote of confidence in Parliament when it reconvenes on 19 December.

In the meantime, we could witness further lobbying and washing of dirty linen to thwart Anwar as PM.

READ MORE:  Is Zahid defying Anwar and the cabinet?

In this capitalist system, Anwar needs to get rid of rampant corruption, nepotism, cronyism and collusion.

But he also needs to have strong socialist principles or find an alternative to overhaul the entire socioeconomic system of the country, which is in a very difficult situation.