Now that the election is over, the dust from the many visits of VIPs never seen before will settle and business will return to as previously. But not quite, says Rani Rasiah, as the BN will now be pressured to fulfil its promises and show itself to be more pro-rakyat than the PR.

I can’t be the first one writing on this topic, but it can’t be helped because the disgust lingers on.

All Malaysians are regularly insulted during a by-election, whilst the dignity of the most vulnerable section of the constituents concerned is debased most. Over a period of about 10 days leading to polling day, the poorer section of the constituency, comprising factory workers, farmers (including Felda settlers), Orang Asli, new villagers, estate workers and petty businessmen, virtually had their feet kissed by the highest-ranking politicians in the country.

But this approximately 60 per cent of the constituents were temporarily worth pandering to. Politicians made promises of long overdue development and giving payouts worth millions of ringgit.

In Hulu Selangor, we all know from the BN media that Najib gave out RM50,000 each to 100  Felda farmers who were cheated by a developer, and was doubtless rewarded with their votes.  For the disadvantaged of society, however much they may be condemned, a sum of RM50,000 in one by-election is more tangible and sensible than a lifetime of deprivation all for some elusive notion of ‘principles’.  Najib also dangled RM3 million to the Chinese community for a Chinese school should they vote for the BN. But his offer was unceremoniously rebuffed. There are also reports that the PR also tried its hands at vote buying but naturally they were out-bought by the BN.

Character assassination of the candidates was as usual another base tactic employed. Politicians with the loosest morals and with links to all manner of crimes – murder, adultery, corruption, overthrowing of democratically elected governments – were, in this case, denouncing the PR candidate as an alcoholic and a gambler. Such ‘virtuous’ BN politicians, Malaysians haven’t heard of! For in our experience, virtue is not their forte. But the BN men in glass houses did throw stones rather shamelessly.

Now that the election is over, the dust from the many visits of VIPs never seen before will settle and business will return to as previously. But not quite, as the BN will now be pressured to fulfil its promises and show itself to be more pro-rakyat than the PR.

But if there has to be a cloud, at least there is a silver lining. I think there is an opportunity in this loss. PKR and also the PR have to seriously examine their shortcomings and put their house in order before the 13th general elections. There has been much washing of dirty linen in public, defections, unkept promises, weak constituency work and arrogance at the national level that has continued to erode the confidence of those voters who rejected the BN in favour of the PR on 8 March 2008.

One sincerely hopes the PR will take the time and effort to review its performance and make changes.

Rani Rasiah, an Aliran member, is a coordinator of the Oppressed People’s Network (Jerit) 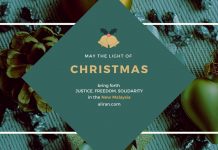