An increase in millionaires is not going to improve society’s overall wellbeing if the gap between the rich and the poor grows wider, writes JD Lovrenciear.

Certain politicians in Malaysia appear obsessed with an agenda to create more and more millionaires.

It is becoming a political benchmark of success. This agenda is being peddled by some as a measure of the success of a particular ethnic group.

This is a grossly misplaced priority. A nation should instead focus on creating progressive and successful citizens.

An increase in millionaires – whether of any one race or groups of political patrons – is not going to improve society’s overall wellbeing.

The statistics on the growth of a new wave of elitist numbers of society may look impressive on paper. Behind those statistics, however, lies an unequal and potentially dangerous distribution of the wealth of a nation.

While making millionaires of some Malaysians or even a particular race may give some that feeling of comfort that a certain race is ‘now in charge’, the truth is the gap between the rich and poor has widened.

The government must hire world-class professionals and engage intelligent, hard-working Malaysians to manage the wealth of the nation. The stakeholders of the nation’s wealth must be those from all socioeconomic levels. The government can only be the guardian and protector of this wealth.

Given our large civil service and mushrooming institutions, with our penchant for more laws, there should be enough personnel and resources to ensure that the machinery of wealth management is free of corruption and not abused.

When wealth stays within the nation’s coffers instead of being stashed away in the personal accounts of individuals (either through proxies or make-believe companies), a country will not be bankrupted.

So it is time to review the call to create more millionaires to improve the lot of a particular ethnic group.

It is also time to review how the nation’s wealth is being carted away into the coffers of mega-companies under the labels of government-linked companies, government-linked enterprises and what-have-you, including monopolistic cartels under some political patronage. 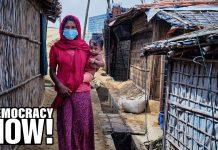 A very fine article on this subject by a well-educated and experienced analyst. Congratulations! There is no point in flirting with capitalist game-playing. As long as money irregularly acquired becomes the sign of a progressive and economically growing state then we are lost. The money needs to be expended on improving education, health care, creating worthwhile jobs and encouraging the public to think clearly and productively instead of rewarding those who don’t deserve it.

Beautiful Topic.. Counting the years….even after 63 years under the Bumi Majority Party till today Millions of Malays to became Millionaires but within 2 years they become Bankrupt. Unfortunately the fishermen, felda planters, Padi, Rubber & rural Malays brothers of mine are still waiting since their Grandfathers time for help.
Is it the non Malay mistake or Gomen Mistake.
Anyway I decided to work harder to pay Tax for my loving brothers till I die.