Let us never be taken for a ride by such tactics, warns Dominic Damian.

We are living in volatile and dangerous times.

With overcrowded online, print, and social media and an array of international news channels, we are spoilt for choice. We are deluged and overwhelmed with seemingly credible expert opinions and professional commentaries on every aspect of life.

We are sailing through uncharted waters, seemingly reliant on whatever we are fed on. News floods in at a bewildering pace – with little means for us to filter and verify its authenticity. In this fast-paced world, being isolated and left far behind is a risk not many want to take.

The irony is that we may be paying for what seems to be free news, perhaps even being brainwashed and indoctrinated. To what extent this is happening is difficult to quantify. We are vulnerable and in a defenceless position.

Slick marketing and promotion by public relations firms can build an image for a person, party, government and country. It is difficult to dismantle or counter such campaigns.

Meanwhile, our local press was a glaring example of the failure to provide a voice to the voiceless. Large parts of the press were compliant and complicit in the plunder under the previous administration.

These sections of the press were lopsided in their reporting and thus suffered a loss of journalistic integrity. Despite the obvious excesses of those in power, these media just kept reinventing, reinforcing and reporting manufactured news.

The incisive Al Jazeera interview with Najib Razak after his fall from grace further damaged the credibility of sections of the local press. Only after most of the facts had been spilled did the local press come out to critique the case that had already been exposed worldwide.

How many unsuspecting readers were deceived into putting their faith in a contaminated and compromised leadership?

But there was no repentance or atonement for such vile conduct by many of these media conglomerates. They just brushed the dust off their sordid past and rebranded themselves to be once again compliant to the powers that be so that they could live another day.

The purveyors of fake news of the past should be exposed.

In mitigation, the scandals of the past could have been exposed if journalists and the media had not been crippled and curbed by repressive legislation.

The media lose their integrity and their ability to articulate the voice of the people when they are owned by business conglomerates, political entities, well-connected individuals or politicians.

What to look out for

How does one spot media that work against the interests of citizens? Look out for the following.

Far more insidious and deceptive is the slick methodology used by international specialist promotional companies. These firms employ wordsmiths who deliver messages that are capable of moulding public opinion. They also use social media to send tailored messages to specific target audiences.

We in turn unwittingly share these message either over a meal or through our smartphones. After the dust has settled and the election results are announced, the truth rolls out in dribs and drabs – as the Americans discovered to their utter shock and dismay after their last presidential election.

Though we are leagues behind the slick operators of misinformation, we don’t need to succumb to their superior financial strength, promotional expertise and marketing knowledge. After all, we Malaysians, against gigantic odds, defeated the Goliath of the sophisticated operators.

Through word-of-mouth and text messages, we communicated on the ground. Unlike the Americans who were influenced by a slick targeted campaign, street-savvy Malaysians were not taken in by the messages put out by expensive image-building firms.

Here is a plan of action to counter deceptive practices.

I encountered what is known as generative adversarial network (GAN) technology in an online post in 2015 and in a ‘Trump’ speech that was not his on YouTube in 2017.

GAN can look at thousands of photos of an individual and then produce a new photo with resemblances or similarities without being an exact replica of any one of those other photos. It can do this with voice as well.

This technology can be manipulated to make individuals do or say things they have never done or said. Such hitech forgeries, termed as deepfakes, are simply mind-blowing and can make use of anyone to create false news and attack the very fabric of society

Let us never be taken for a ride. 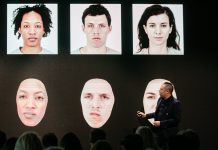 Why deepfakes are so dangerous

The culprits behind these sex videos should be awarded MSC Malaysia status for their “innovativeness”. 🙂

Make a TV series reality soap opera based upon real-world Malaysian politics especially since Anwar was sacked in 1998 and it would beat the BBC’s Yes Prime Minister series hands down and it will earn Malaysia much needed foreign exchange, perhaps enough to pay off all 1MDB guarantees and debts.