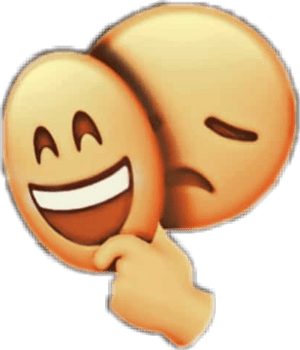 Perhaps the most viable option for us would be to retreat and to rebuild, to redefine our ethics, emotions and logic first, John Fong writes.

As we hold our breath to face the present socioeconomic challenges amid the never-ending pandemic, the world faces a much grimmer question: Where is humanity heading next?

At the beginning of this year, and a month away from the coronavirus pandemic lockdown, I was in Manila conducting research into the Philippines’ political structure and the struggle in Filipino society during then-President Ferdinand Marcos’ era.

As I interviewed the locals, I came across a common cultural expression in Tagalog: “Mababaw na kaligayahan” (superficial happiness), which suggests it doesn’t take much for the people there to be pleased: if they could have just a little, maybe they would be more than happy.

The expression may seem harmless or shallowly defined at first, but it has a much deeper influence on Filipino society. It appears to have allowed the people to be complacent with the bare minimum, mainly offered by politicians or even their own employees. So the people are more than happy to return the favour to those who please them a little.

This cultural expression is common not just in the Philippines but also in many other developing nations, particularly in Southeast Asia, including Malaysia.

Back in Malaysia, we have witnessed a historic change of government, the shortest term by a new government, lockdowns and constant bickering among politicians during a pandemic. Yet we the people are just hoping that this ongoing dilemma or impasse will eventually end by itself or that the situation would normalise itself.

Without us realising it, it was our own shallow happiness that allowed all this to happen. Our own happiness seemed defined by how much the state could offer us and when it failed to provide an ‘adequate payment’, we turned against the newborn democratic government through protest votes and voices.

We conveniently allowed society to overindulge in freedom of speech with unconstructive criticism and to provide unsolicited advice to whomever was in charge. We were not ready for an inclusive political and social environment, and it was never the main agenda for regime change in the first place.

The next thing we knew, Malaysia’s political conflict left us like a family divided amid a war with the contagion and our own destructive behaviour. All this, just to achieve our own happiness, a truly shallow one.

To say that our society is completely directionless or selfish and shallow would be pessimistic.

Maybe there is still a path forward. Perhaps the most viable option would be to retreat and to rebuild, to redefine our ethics, emotions and logic. Only then will we be ready to engage in this struggle; only then will we achieve a real moral victory and realise a deeper, more profound happiness.

John Fong, an Aliran executive committee member, is a masters student in social science in a local public university 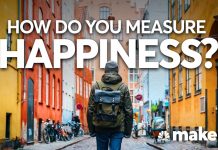 Once we grow up we have more and more responsibility and the best we can reach for is contentment and moments of joy, but the world ‘happiness’ is totally over and mis-used. It belongs to the times when we where totally in the moment avoid of any yesterday or tomorrow. Happiness belongs to the young child only.

“..not ready for an inclusive political and social environment..” – yes, I agree it was never the main agenda of the deposed PH government but neither was it ever in the script for the backdoor govt. in the first instance?

Hi, hello. Obviously, you haven’t been following my series of articles that I have written throughout the year. This is the final article to conclude all my other articles. I have used certain key words from previous articles such as “protest votes” to conclude it.

Anyway, I’m not sure what prompted you to say the “Newborn Democratic Government” is PN or any subsequent paragraphs referring to PN. Please read again until war with the contagion paragraph. It’s obvious I’m talking about the pre-PN/pre-pandemic. Thank you.

Hi, no, I have not followed your series of articles.
As such my comments are based on my understanding of your latest article.

He! He ! Maybe I am obsessed with the pengkhianat nasional politicians, so I accept your point of clarification. But if it is pre-PN, have not events proved that the protest votes and voices against that ‘newborn democratic government were justified?

That will be a topic for another day. Thank you for reading.