Will nature be able to reassert itself and come to the rescue of human beings and all other living things on the planet? Veloo Saminathan writes.

Starting from the city of Wuhan in Hubei Province in China, the coronavirus has spread to much of the world.

Stringent measures adopted by the Chinese authorities have freed Wuhan and other affected parts of China from the deadly grip of the coronavirus. The rest of the world, even in remote areas, continues to grapple with it, with many people being infected and dying.

Frantic attempts are being made to find a cure. The World Health Organization (WHO) has disclosed that 19 established international laboratories are hard at work, each racing against time. The Israelis and Oxford University are reported to be close to a discovery. While the Israelis have, as is their custom, not disclosed much, the Oxford University group is more than optimistic.

But the WHO has warned that any vaccine discovered would require extensive tests before it could be applied universally applied. Others have warned that it could take up to eight years.

The US is now the hardest hit with almost nine million infections and over 230,000 deaths. Peru, Belgium, Spain and Brazil, in that order, are the major countries with the highest number of Covid-19 deaths per million people.

Many countries have had no choice but to resort to total lockdowns, confining everyone to their homes. “Stay at home” has now become a daily exhortation from the authorities, beamed at the people almost relentlessly.

In Malaysia, the entire nation has been galvanised to fight the coronavirus, almost as if we are on a war footing. The Ministry of Health, with its research facilities working round the clock, is at the forefront of this effort.

A National Action Council, headed by the prime minister, was formed and meets every morning. The latest developments are reviewed, and new plans are worked out. The health director general and the defence minister each hold a press conference at noon every day to apprise the public on the state of the pandemic and any new decisions taken to combat it.

The police, assisted by the army, enforces lockdowns in certain areas. Violators have been arrested on the spot and hauled up in court, where they are charged and fined or fined and jailed depending upon the seriousness of the offence.

Lockdowns, first enforced in Wuhan and infected parts in China, are most successful, perhaps due to their thoroughness and stringency. In this respect, China has a distinct advantage as it is a totalitarian unitary state, with a single chain of command running from top to bottom.

Other countries are not so well placed. The Japanese, for instance, despite their reputation for their Samurai-like iron self-discipline have found it difficult to get everyone in line. Perhaps they are too highly urbanised, living as tightly knit compact communities.

In India, with its staggering 1.2 billion people, a lockdown was imposed with only four hours’ notice. This uprooted millions of migrant workers: they suddenly found themselves without a roof, a job, an income or enough food, forcing them to trudge, with their families, hundreds of kilometres under the blazing Indian sun back to their villages. The police came out in cities, towns and villages in full force armed with their lathis – long, heavy iron-bound bamboo sticks – to drive lockdown violators back to their homes. But cases have soared in India – almost eight million so far – all the same.

Affluent Western countries steeped in liberal democratic traditions find the Indian technique repugnant. Their application of soft power has not been entirely successful, and lockdown violators abound. In the US, with the largest number of infections and deaths in the world, people in the cities and towns have come out in huge crowds carrying placards and beating drums defying official lockdowns. They have insisted on their fundamental right to work and to earn a living. Many others in European cities and towns are in a similar defiant mood.

People in these countries fail to realise the deadly force of Covid-19, which has caused so many deaths in its wake with no prospect of a slowdown. Lockdowns, despite all the discomfort and even misery, have worked in China and Malaysia (at least initially). If a country has tough, pragmatic leadership backed by a highly committed bureaucracy working round the clock, backed by the police and the army, with public backing, it can flatten the curve. However, there have been unexpected surges, in some places.

The US, in particular, has so far performed poorly, with President Donald Trump throwing out his signature tantrums, arms flailing in all directions like an angry, inconsolable, bully. Despite dangerously high levels of infections and deaths, Trump continues to flip-flop, often incoherently. Even wearing the universally accepted face mask seems painful to him. Sometimes he wears it and sometimes, he discards it as if that was an act of bravado.

Trump has failed miserably in providing leadership for the rest of the world in the fight against the dreaded coronavirus. His antics, tantamount to clownish behaviour, baffles experts and the sober sections of the American electorate with the 3 November presidential election around the corner.

Nothing great emerged from Trump’s public debates with his contender, Joe Biden. In the first public debate between Vice-President Mike Pence and his challenger, Kamala Harris, Pence, according to CNN’s evaluation, scored only 37 points against Kamala’s 59. The Republicans have to reassess their position and change tack quickly if they are not to go down like a ton of bricks in the election.

Still, American politics being what it is, many wonder if Trump will somehow return triumphantly to reoccupy the White House for a second term. If he wins, the world – considering his record so far – will be in for a scorching summer, so to speak. If he loses, it would show how mighty the coronavirus microbe is, to have shaken the world to its foundations.

Will nature be able to reassert itself, even if it takes eons, and come to the rescue of human beings and all other living things on the planet? 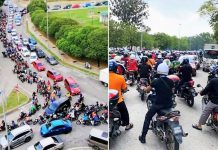