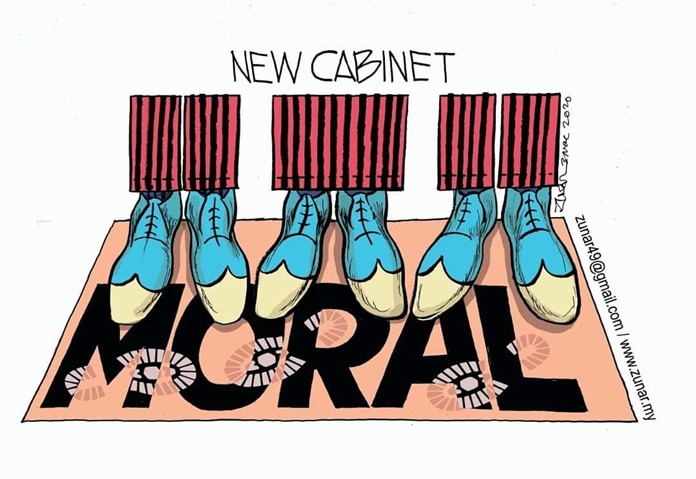 Such an act of betrayal should not be condoned by citizens, writes K Veeriah.

Muhyiddin Yassin, with little sense of decency, accepted the post of prime minister of the country.

But his administration cannot claim to be morally legitimate given the modus operandi he used to ascend to that office.

The political manoeuvring on an unprecedented scale drove out a democratically elected government. That itself suggests there is no sacred allegiance among his political bedfellows.

Social theorist Thomas Sowell’s was wise in observing that “politics is the art of making selfish desires seem like the national interest”. This would be an apt description of what has happened to the political landscape of the nation.

The acts of betrayal of Muhyiddin’s own party and by extension the Pakatan Harapan government amount to nothing less than a betrayal of the people’s mandate for the PH government to serve out its five-year term.

Such an act of betrayal should not be condoned by citizens. We, the electorate, ought to condemn such acts of betrayal. We should demand that the only honourable option for Muhyiddin Yassin and his ilk is to have the conviction to seek the people’s mandate.

Packing a cabinet with questionable politicians from a spectrum of dubious political allies serves as testimony to Muhyiddin’s weakness in succumbing to the dominant Umno, Pas and other colluding political groupings. The composition of his cabinet is nothing but political buttering.

Should a government not democratically elected by the people and for the people helm a nation?

K Veeriah is a veteran trade unionist based in Penang