Bangsar is renowned for its diverse range of eateries, but few patrons know their owners. One exception was the owner of an Indian banana leaf restaurant tucked away at the corner of Lucky Gardens, Bala’s Banana Leaf.

What made Bala’s popular was not only the variety of the cuisine but more so its evergreen, affable owner, T Balakrishnan. To many, like Lembah Pantai MP Fahmi Fadzil, he was simply known as “Uncle Bala”.

Bangsarians woke up on the morning after Merdeka in sorrow upon learning that Bala had passed away at 70. He had succumbed to liver complications despite being a teetotaller and non-smoker.

Tributes have been pouring in from people from all walks of life. They expressed sadness at the passing of an unlikely luminary, whose name rang a bell with many Kuala Lumpur residents. Bala was a friend to everyone he met; no one had an unkind word to say about him.

Postings on Facebook described him as “a friendly, good man with humour and a perpetual smile on his face”, someone who warmly welcomed all patrons alike and engaged them in chit-chat sessions.

Despite being a diehard Pakatan Harapan supporter, Bala had friends from both sides of the political divide, including Tengku Razaleigh Hamzah, Nurul Izzah Anwar, Anwar Ibrahim, Lim Kit Siang and P Ramasamy. He had also been on friendly terms with politicians of the past – the late Tan Chee Khoon, V David, Sanusi Junid among the notable names.

Fahmi described Bala as “a good man who always gave me and my team the much-needed support”.

Before he opened his banana leaf outlet, Bala had already been a familiar name among government and opposition VIPs and ordinary Bangsarians who patronised his humble thosai stall in Telawi Road.

Bala put this ‘fame’ to good use, helping many poor students get help from the government through his impressive network of contacts.

Over the years, I got to know Bala, and each time I met him, whether at his restaurant or anywhere in Bangsar, he would call out to me and introduce me to his friends.

Chatting with Bala for a few minutes was mandatory. When no one else was around, the conversation invariably turned to politics, a subject dear to his heart. He always took a keen interest in current developments in the country.

Regulars to his restaurant like Sarojini Devi, a former senior officer at the Ministry of Finance, remember Bala as always cheerful, seated at the entrance of his restaurant, welcoming people, introducing friends, often in the mood to talk politics.

Apart from politics, Bala was passionate about the environment. Little surprise then that the corner of his restaurant featured a garden setting, with flowering creepers and potted plants strategically placed to give it an eco-friendly ambience.

Bala may have left us, but warm memories of him will linger among the many Bangsarians who knew him well. 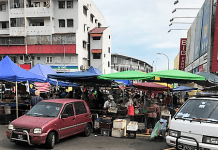 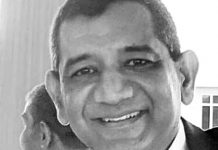 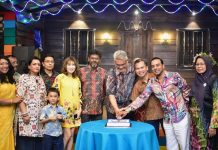