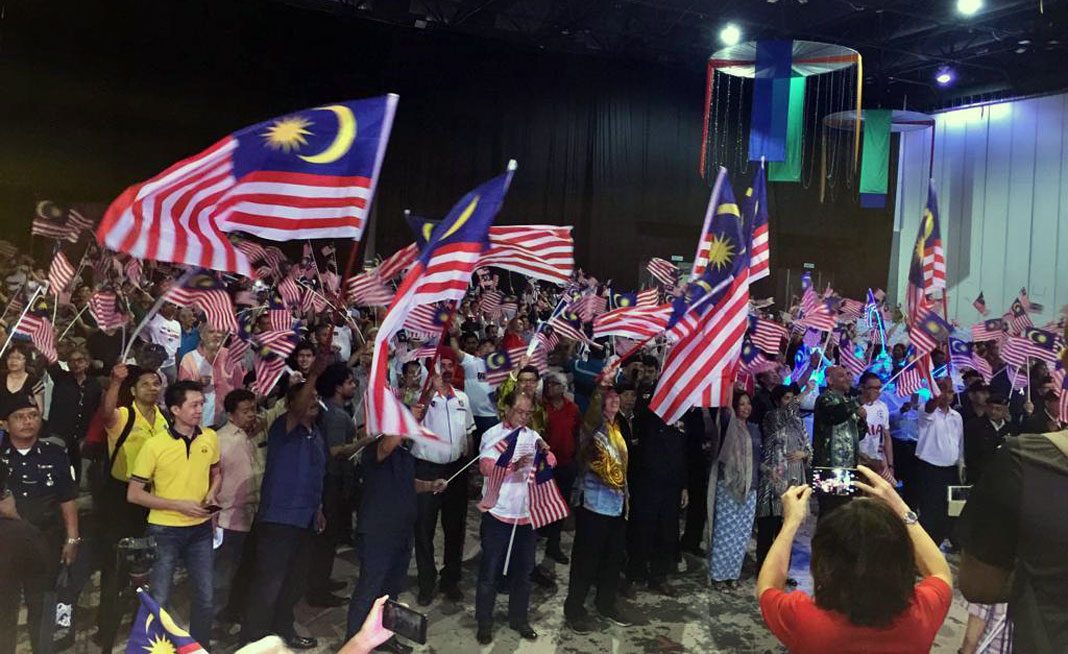 PH must do some sincere soul searching to find out why the hope from the general election last year has waned, writes JD Lovernciear.

Even before balloting began for the by-election for the Selangor State Assembly seat of Semenyih, talk was rife among netizens and warong folk that Barisan Nasional (BN) was on course to capture the seat from Pakatan Harapan (PH).

In the event, the BN win, despite a large voter turnout, is a red flag for PH. Pro-PH analysts may be tempted to dismiss the outcome as merely a slight blip in support for the ruling coalition.

Yet, the BN win in Semenyih must be viewed within the context of the big picture of the 2018 general election and the months that followed.

PH won the general election riding on a wave of sentiment against the old kleptocracy. Citizens placed their bets on a new Hope.

Soon after regime change, many were shocked by the van loads of cash, jewellery and expensive accessories that were seized. Many could scarcely believe the huge loot, the scale of which had never before been seen in the country’s history.

But in less than a year, some folks appear to be harbouring doubts about the mounting charges against several political leaders including former Prime Minister Najib Razak and his wife.

Has the element of Hope waned?

It cannot be that the person on the street is naive or gullible about the claims, allegations and denials.

But when many are willing to crowd in adulation around some politicians even though they know these same personalities will soon be making frequent appearances in the Palance of Justice, it suggests a general mood swing on the ground.

Both BN and PH need to take cognisance of this.

BN must quickly announce its leadership succession plan. It cannot continue riding on sensationalism generated by one man if it wants to capitalise on the ebbing hope in the hearts of citizens.

PH, for its part, must align its power and control instead of firefighting internal battles. If the public continue to see former Umno MPs defecting to PH, subsequent by-elections will swing in BN’s favour. And if PH continues to lose momentum from its 2018 general election battle cry, the DAP may become the whipping boy.

For both BN and PH, a decisive commitment towards nation-building will be the best hope for their political salvation. It has got to be a combination of breakthrough policy, action plans and visionary leadership that would see the emergence of a government that can capture the imagination of the people.

If we continue to hurl allegations which would then be met by a volley of denials, it is not going to do any good for the rulers and the ruled. In a nutshell, people are going to be deeply divided between BN and PH and that is going to weaken both giants. It will then be the start of a long-drawn destabilising political landscape, which would weaken the economic and financial outlook for the nation.

With the Semenyih by election behind us, PH must do some sincere soul searching to find out why last year’s hope has waned. Continual claims that PH needs more time, well beyond the 100-day promises, will not go down well with voters. Of course, it is also true that 100 days to clean up and turn hope into fulfilment is a tall order.

PH leaders should now reflect on the following:

READ MORE:  Did we actually change anything after the 2018 election?

Let us hear the politicians respond to these thoughts. They must know that if citizens were able to throw out a six-decade-old political behemoth from the seat of governance, removing PH in the next general election will not be difficult, if it comes to that. We’ve just witnessed it in Semenyih.

So it’s now or never for PH – for tomorrow may just be too late.

The rakyat gave heart n soul expecting a better system and governance during GE14.
After kicking out BN on May 9th 2018 there is nothing different current PH and past BN / UMNO nonce.
No Development plan, Development Action, Development Targets, Development Decisions, Development Achieved for the benefit of the rakyat in general.
Zero KPI for Ministers or the Gomen. Nothing has been transparent.
Everyday month Najib and some (idiots) are walking in and out of court. That a lousy movie …. So is this the start of Mahathir / PH down fall??????

PH need to address the need of the people 1) Personal Tax System haven’t review for so many years and is not relevent for current market 2) Interest for Credit Card unpaid amount too high (1.5% a month ) 3) Cigarettes Tax too high compare to our current individual income ,Barisan lost out also part because of they raised the cigarattes tax too high compare to income, this is important as too many Malaysian smoke. We need to reduce the amount of smoker not by increasing Tax but through education. 4) Our country got so many people bankrup, how to help them, implement a good policy for them. Bankrupcy people still need to pay income tax (rediculous under previous barisan government ) 5) A Master Plan to increase Malaysian income.

Sigh.JD,I hope Azmin’s announcement is not the official soul searching conclusion of PH.
Yes, let’s see PH do more to out-Malay UMNO and see what results Rantau will show.Well,if DAP becomes the whipping boy of the PH, serves it right. It is really a disappointment since it gained power. It appears to have forgotten its roots and morphed into MCA 2.0[oops…should be 3.0 now].Yes, JD all very positive steps but I fear that as long as Mahathir calls the shots, no action will be taken.So, yes, come GE15 we will use our votes judiciously as we did in GE14. Some asked what if the choice then boiled to the devil we know[PH] and the deep blue sea[UMNO-PAS]?I cannot speak for others but I will still vote based on PH’s performance and kept promises

PH should must look into how to bring in new faces into party politics. PH must identify these new faces .They can be young or old.Professionals or non-professionals.Educated or not -educated. The only yardstick should be they must have the interest of people in heart. PH must change their modus operandi .In every constituency they must look for new faces who can give fresh ideas to understand peoples problems. PH politicians must use different strategy to approach and get closer to society. This should not be done during election seasons. There is so much to be done.

“Have the moral courage to separate religion from politics. ”

HA. HA. HA. … This is Malaysia, and for the Muslims, the Deen takes centrestage in every aspect of existence. But secular … like you always want to deny the Muslims their right.

If PH really wanted to win, they would have done something about the cost of living. Say what you want about Najib, the poor people are realizing that at least the BR1M handouts was relatively generous compared to PH’s handouts. And the nerve of PH politicians to say that RM 1100 wage is “too high”.

But this will all fly over your heads at aliran seeing as how you upper-middle class pseudo intellectuals have ZERO understanding about the struggles of the lower classes.