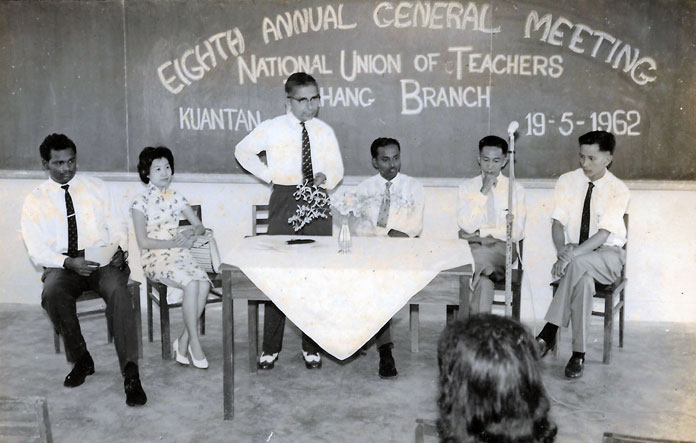 Veloo Saminathan shares his ruminations on the teaching profession and how it has changed since the colonial era.

Teachers’ Day in Malaysia came and went in May amid the coronavirus lockdown. It was, compared to previous years, devoid of much of its hubris, possibly because of the overarching, almost cataclysmic, effect of the coronavirus.

News of the relentless spread of the coronavirus, coupled with the rising number of infections and deaths, particularly horrendous in affluent Western nations, cast a pall around the world. The pandemic has subsumed every thing, absorbing like a mammoth vacuum cleaner the collective energies of millions of people everywhere.

In Asian societies, now in various stages of modernisation, the teacher or guru was always venerated.

In India, for example, the guru was conceived of as a dispeller of darkness, not merely a purveyor of knowledge. In social terms, he or she was held in high esteem.

It was the same in China, the first country in its millennia of history to have invented entrance exams for entry into the civil service, in which learning was tested in what now may appear to be mind-numbing academic exercises.

Malaysia, like the rest of the British Empire, inherited a system of education designed by the colonials. The curriculum aimed at producing well-rounded students with character and self-discipline, adept at the “three Rs” – reading, writing and maths.

Local wits claimed this colonial education produced not thinking but docile citizens, who would be useful in staffing the lower rungs of the civil service. In India, these civil servants were somewhat derisively called babus.

READ MORE:  How two Malaysians and their team are nurturing 'young scientists’

The equivalent of the babus in Malaya were referred to with a tinge of respect as keranis (clerks). The Kerani Besar (Chief Clerk) in the office was a pretty swanky guy with an authoritative gait all of his own.

Meritocracy and discipline were key ingredients of the colonial education system. A thorough grounding in English was basic. The curriculum gave prominence to the English language and English literature. Subjects such as history, geography and general knowledge all had a wide global reach.

What most people did not realise then was that all these subjects were taught in English, thereby grounding the students further in the mastery of English. At early secondary school level, English women were even employed to teach pupils how to pronounce English words! By the end of secondary school, pupils would have an enviably wide knowledge of the world and a good command of English, and they could hold their own with commendable ease.

A fair number of teachers had been sportsmen and women in their school days. Inevitably, they became sports teachers in the evenings, organising and training their teams in not only athletics but also other sports such as football, hockey and rugby. These teams regularly played against teams from rival schools, which further honed their skills.

The annual school sports day was a colourful, thrilling affair, which brought out the best in the participants. Quite a number of them, later in their various careers, also distinguished themselves in their chosen sports, bringing fame, if not glory, to their departments.

The teaching profession has undergone radical changes, so much so teaching has become one of the most challenging jobs. Education is now universal; meritocracy is seen as only secondary, the priority being that in a democratised system, education should be available to all. In turn, school enrolments have expanded exponentially, and some classrooms are said to be too large and unwieldy.

Priorities keep changing, and some teachers claim they find it difficult to cope. Discipline, in some cases, is said to be lax. According to some reports, quality has suffered. Those parents who can afford it have been driven to enrol their children for private tuition – leaving these pupils no time to even smell the roses – or even expensive private schools.

Very good article. Hope all Teachers in Malaysia read & understand the contents.
Sad to say the current quality of our teachers & students in school is a shame. I am not blaming the teachers. Its how they are trained & equipped in the Institutes plus political interference that is damaging this nations future.