A modified version of this poem was used in the dance performance by Aida Redza and WindRiver Production. 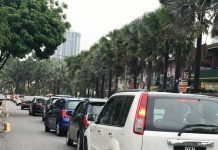 An economy based on greed at all costs?

On sustainable development for Penang

thank you for sharing this out. we need to make a say and be allowed to express our concerns.

Yes, and well done to you and Salma!