The residents are taking important action but must do even more in the fight to protect their community, writes Gabriel Sandosham.

The peaceful lifestyle of the residents here could be compromised if Kuala Lumpur City Hall (DBKL) Lumpur) and the Federal Territory Foundation (YWP) have their way.

DBKL had issued notice of a proposed development project project in June 2016 but it was shrouded in secrecy in the months that followed. By late 2016, residents of TTDI had begun to realise the potential scale of this project. News of a massive development project involving eight 42-54 storey blocks of high-end serviced apartments had surfaced.

It was later found that YWP, under the reign of DBKL, was also planning on massively reconstructing the road system by converting Jalan Datuk Sulaiman (a main road linking a few key residential areas in TTDI) to a six or eight-lane highway.

DBKL had failed to include this in their original development notice, and it was only mentioned when representatives from the TTDI community approached DBKL officials to object to the development.

This highway could cause many issues to the existing infrastructure of TTDI including encroachment into existing parking bays, removal of the tree canopy, and the narrowing of existing monsoon drains which are vital for flood protection. The increase in traffic would also spark an uproar as it would be a huge inconvenience for residents.

In addition, the proposed eight apartment blocks would encroach into Taman Rimba Kiara – a local park – and the longhouses which border it. These longhouses belong to former estate workers who were the original residents of TTDI long before it was developed.

Taman Rimba Kiara is the one remaining park in TTDI with an open field for sports, and many of the boys from the longhouses play in this park regularly. It is their neighbourhood green lung and communal space. The encroachment would also mean the loss of an important event venue where engagement parties and functions are often held.

These high-rise blocks would add up to 10,000 residents in a township that is already overpopulated by about 15,000 people. The TTDI that we know today would change drastically if this development plan goes ahead.

Details of this project stunned many activists in TTDI. Taman Rimba Kiara is designated as a public open space under the KL City Draft Plan 2020. This means developers must not encroach on the land under any circumstances. Despite this, YWP claims it was issued title to this area (PT 9244) in 2014 and that it is now private property.

According to Clinton Ang, vice chairman of the TTDI Residents Association, a petition was submitted last year as part of an ongoing effort to protest against the development. They had not heard from DBKL since then.

He added that 180 home in the affordable apartment block would be given free to former estate workers from the Indian Malaysian community, who were the original residents before the TTDI area was developed, as promised 30 years ago.

TTDI residents are not objecting to the building of new homes for the former estate workers. Indeed, fulfilling that obligation does not require vast development.

The DBKL and the Federal Territories minister have made public statements indicating their intention not to be bound by the KL City Draft Plan 2020. This plan was made to ensure sustainable development with the best interests of KL residents in mind.

The TTDI residents are taking important action but must do even more in the fight to protect their community.

Residents from nearby townships should appreciate that this development will have an effect on them as well. Similarly, massive-scale development projects like this one are becoming commonplace in the Kuala Lumpur/Petaling Jaya area, so each township should take TTDI as an example and take a similarly strong position.

If you are a resident in the TTDI area, you can protest against this development by writing letters to the Federal Territories minister and to the press, sharing articles to spread awareness, or signing the online petitions to:

Gabriel Sandosham recently participated in an Aliran Young Writers Workshop on Youth and Activism, at which he wrote this article. 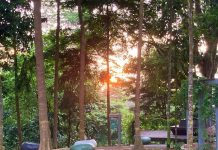