Dego Ride provides the lower-income group an inexpensive alternative means of transport in and around Kuala Lumpur, says Benedict Lopez.

For someone who infrequently travelled by taxi in Kuala Lumpur in the past, I must confess that I have now made a 180-degree turn and am now an avid cab-user. And why not? It makes simple economic sense to me.

Previously, I used to pay RM16 in taxi fare from KL Sentral to my home in Bangsar Park, but today it costs me only around RM6 by Uber. The moment I hail Uber on my phone, the driver arrives at my place within five minutes.

The advantage of using Uber, besides being cheap, is I avoid being caught in a traffic jam and save money on parking.

Akin to the advent of low-cost carriers such as Air Asia and Malindo, the dawn of globally renowned taxi operator Uber in 2010, and subsequently its local competitor, Grab, has signalled a new era for taxi services in Malaysia.

Last week was a bonanza for me when I had to pay only 99 sen for the Uber ride for the same distance! All the same, I paid the driver RM5 as he is a final year student at Universiti Malaya and comes from a poor family in Bentong, struggling to make ends meet.

It is against this backdrop that I believe the government should reconsider its decision for Dego Ride to cease operations. The government should legalise Dego, but with stringent regulations: safety measures, speed limits and passenger insurance coverage.

Dego provides the lower-income group an inexpensive alternative means of transport in and around Kuala Lumpur.

Minister in the Prime Minister’s Department Nancy Shukri had a point when she said the government should not make the same mistake with Dego Ride as it did for Uber and Grab. Nancy felt that Dego is an affordable option for the B40 group (the bottom 40 per cent in terms of household income) and this factor should to be taken into consideration.

Furthermore, Uber and Grab are allowed to operate despite the absence of explicit regulations to supervise their services.

Nancy’s view is directly in contrast with Transport Minister Liow Tiong Lai’s; he declared Dego as illegal. But in the same breadth, Liow did provide a satisfactory explanation for ordering Dego to halt its services, citing safety measures as the reason for his decision on the two-wheeled ride-hailing services. He defended his decision by affirming that safety considerations should always be paramount and should never be compromised.

Market forces in the long run will determine the viability of any industry or service provider. At the end of the day, it is the ordinary person in the street who is the beneficiary of services like Dego.

Continuous development and sustained innovations in information communications technology, the internet and the proliferation of mobile phone apps will inevitably herald the twilight for some industries and services providers.

Gloomy days are on the horizon for many sectors – among others, travel agents, stockbrokers and conventional taxi operators, as they evolve with the advancement of technology targeting a savvy customer base. So players in these sectors must brace themselves to meet the challenges of this rapidly shifting landscape.

Blueprint on future of work needed 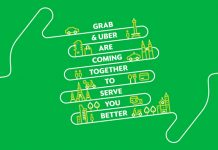 Thank you Mr Lopez for your common sense arguments which I hope will be well received by people who are supposed to look into into the common good of the people. I too now use Grab and Uber and my life is so much less stressful.