We need a ministry that abhors corruption and ensures that a much needed culture of hygiene standards is put in place and enforced in all restaurants and hawker stalls, says Ronald Benjamin.

It is reassuring to hear that Domestic Trade, Cooperatives and Consumerism Minister Hamzah Zainudin has instructed his ministry to immediately stop seizing pig-bristle brushes, even though it would have been a competent act on his part if he had prevented the matter from arising.

This happened after another controversy – that of non-halal cakes not being allowed into McDonald’s restaurants due to stringent halal certification requirements. Many rational Muslims and non-Muslims are puzzled about the regressive nature of mainstream Malaysia’s religious and cultural character, which seems to be intrusive and domineering.

The reality is, there are far more substantive issues that the nation needs to focus on that are related to food hygiene (in terms of handling usage, cleanliness and standard kitchen practices that are currently below standard).

Nowadays, when one goes around to hawkers stalls and mini-restaurants, one can see a number of hired workers doing the cooking, while the actual owners are missing from the scene. Have these workers gone through typhoid injections and have they been taught about hygienic kitchen practices? In a particular restaurant near my residence, I once observed a worker rubbing his nose while frying noodles.

This brings us to a critical concern about food storage and kitchen practices. Are hired workers and customers aware of any standards for such eateries? Sometimes when I go for lunch or dinner in nearby restaurants in Ipoh, I can see dogs and cats sleeping or moving about these restaurants while people are eating. Wet markets are dirty as well – as though they have not been cleaned for years.

Is this not the broader issue that we must focus on? Focusing on resolving these substantive hygiene problems would certainly get the support of consumers of all ethnic backgrounds. The ministry involved in halal certification or consumer affairs should instead develop a culture of high standards in these to propel Malaysia towards the standards of developed nations. These actions would inspire confidence not only among Malaysians, but also tourists who visit our country.

For all this substantive work to materialise, we need smart, intelligent ministers who are able to deal with the complexity that comes with a multicultural society. The complexity of interaction between Muslims and non-Muslims in the consumer market makes the control of certain items unrealistic, besides a waste of public funds.

Instead, we need a ministry that abhors corruption and ensures that a much needed culture of hygiene standards is put in place and enforced in all restaurants and hawker stalls, besides being sensitive to Muslim consumers. This should be done in a manner that makes sense.

It is public knowledge for some time now that certain Umno ministers seem unable to deal with such complexity. It is time Prime Minister Najib Razak sacks these ministers who are responsible for unnecessary controversy and replaces them with ministers who are smart, intelligent and progressive enough to propel the nation to higher standards of hygiene practices that would give the term halal a broader and more inclusive meaning. 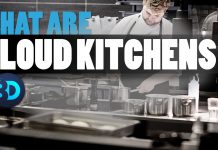 Cloud kitchens fast catching on in the food sector