Ku Nan’s ministry should not have been set up in the first place as its work appears to replicate the work of Kuala Lumpur City Hall, writes An Observer.

I am always amused (not in the ha-ha sense but in the oh-no-he-is-at-it-again sense) when I read comments attributed to Ku Nan (Tengku Adnan Tengku Mansor).

Although Ku Nan’s ranting was at a mosque compound, surely it counts as “talking politics” too, as he was attacking a political opponent.

In my opinion, Ku Nan has truly established himself as the No 1 court jester for the ruling government: he is shooting out like one joke a week for the rest of us to keep amused.

All this from a ministry that should not have been set up in the first place as its work appears to replicate the work of Kuala Lumpur City Hall. So two sets of government servants are being paid to cover a similar area.

Although the Federal Territories Ministry covers Putrajaya and Labuan too, you don’t hear much about them: the ministry seems to be focusing on Kuala Lumpur.

So there is no shortage of amusement over all this.

An Observer is the pseudonym of a casual follower of the non-stop shenanigans played out in the public sphere and at times can’t stop the urge to write and join in the merriment. 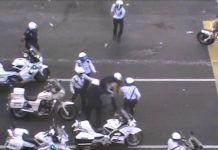 Another pitiful failed attempt by a failed … to show he has some relevance. Empty vessels make the most noise.

This chap meets all the criteria to be monister….lol