The Public Services Department must share the blame for the confusion that followed the termination of the existing system of supplying medicine to pensioners, writes P Ramakrishnan.

Oratis’ statement as reported by Bernama (‘Medicine still available for pensioners, just not via e-MASS’: Malaysiakini, 3 March 2017) was presumably meant to provide some sensible clarification, but that wasn’t the case.

A discerning pensioner would conclude that Oratis was not telling the truth. Indeed, it was trying to mislead the public.

The Public Services Department (PSD) did not issue a directive to Oratis Rx Sdn Bhd to stop supplying medicines and medical equipment to government retirees and Malaysian Armed Forces (ATM) veterans and their dependents.

On what basis are they making this claim?

If such a directive was not issued to Oratis by the Public Services Department (PSD or JPA) to stop supplying medicines and medical equipment to government retirees and Malaysian Armed Forces (AMT), Oratis must explain what was meant by their earlier circular to all their suppliers dated 27 February 2017:

The title of the above letter itself specifically states that Oratis had received instructions to stop distributing medicine and medical devices through their e-MASS system.

Further, in the first paragraph of this letter, in unambiguous terms, it states that Otatis had been instructed through an official letter dated 24 February from the JPA to stop supplying medicines and medical devices from 28 February.

The intention of this letter, as quoted above, does not leave any doubt in the minds of the pensioners:. it was a straightforward ‘STOP’ order from the PSD.

To claim otherwise in their recent statement – that “the Public Services Department (PSD) did not issue a directive to Oratis Rx Sdn Bhd to stop supplying medicines and medical equipment to government retirees and Malaysian Armed Forces (ATM) veterans and their dependents” – does not reflect the truth.

It is obvious Oratis is not telling the truth. Oratis is indeed trying to mislead the public and the pensioners with their convoluted version of a fact that does not exist.

One simple question to Oratis: why did you suddenly stop supplying the medical needs of pensioners through e-MASS, which you had been doing for the past five years? Was it done on your own accord?

In any case, why is Oratis giving this clarification on behalf of the PSD? If its circular of 27 February – stating that it had been ordered to stop its services by the PSD – was wrong and inaccurate, then it would have been the duty of PSD to correct it and clarify to the public. But the PSD did not do that. It did not contradict Oratis’ letter. What does that infer?

Are we then to conclude that it was meant to be a hush-hush matter between Oratis and the PSD without the pensioners knowing about this new development? Was Oratis pulled up for making its letter public and therefore forced to come up with this clarification (published on its website and in Bernama) on 3 March 2017?

To continue, Oratis knew that its contract had expired on 26 February 2017, as revealed in its statement:

The contract for supply of medicines and medical equipment to federal government retirees and ATM veterans via e-MASS, which began on Jan 26, 2012, expired on Jan 27.

However, this service has been extended as an interim measure until Feb 27, 2017.

In other words, Oratis had one full month to notify its suppliers that its services would no longer be required by the PSD from 28 February 2017.

Because Oratis had failed to do so, these affected pensioners were caught in a quandary. They are left with their prescriptions and without any supply of medicine. They are now confused as to how they are to obtain their medical supply.

In the past there was no problem; these pensioners could submit their prescriptions at any time as there was no deadline to do so.

The PSD must also share the blame for creating this situation without providing clarification to the pensioners. They had one month to tell the pensioners how to go about acquiring their medical supplies.

According to Bernama’s unquoted report, patients could buy the medicines and medical equipment and then claim a refund by submitting the receipts to the PSD.

But unfortunately this did not come from the PSD. This announcement should have been made by the PSD. They are directly concerned with this issue. They are the one who will be dealing with the patients no longer serviced by Oratis.

It would be greatly helpful if the PSD could kindly clarify the following:

The older pensioners’ pensions are meagre compared to the recently retiring government servants whose pensions are much higher. An ordinary teacher, who retired more than 32 years of service, say 20 years ago, draws a small pension today which could be between RM1,600 and RM1,800. If he was a single earner, how does he get by and provide for his family if he has to wait for three months before he is reimbursed?

A letter in the Star (‘Show compassion for poor patients’, 6 March 2107) mentioned that the treatment for extreme forms of Parkinson’s costs about RM5,000 a month. How are patients going to fork out this huge sum of money for even one month?

There are many tragic cases of pensioners desperately pleading for help. These are the people who may have many dependents and old parents to take care of. Their problems are not solved by merely saying, “Submit your claims once in three months.”

The PSD has to really take a hard look at the present situation of extreme desperation and come out with workable solutions. This is a rich country and we deserve to be treated more compassionately and humanely.

The Bernama report of Oratis’ statement on 3 March 2017

The Public Services Department (PSD) did not issue a directive to Oratis Rx Sdn Bhd to stop supplying medicines and medical equipment to government retirees and Malaysian Armed Forces (ATM) veterans and their dependents.

Oratis Rx Sdn Bhd said in a statement today, the supply of medicines and medical equipment to government retirees and veterans after Feb 27 was managed by the government and not via the Electronic Medical Automation Supply System (e-MASS).

“The contract for supply of medicines and medical equipment to federal government retirees and ATM veterans via e-MASS, which began on Jan 26, 2012, expired on Jan 27.

“However, this service has been extended as an interim measure until Feb 27, 2017,” said the statement to clarify allegations that the PSD had stopped the supply of medicines and medical equipment to the group.

Following the expiry of the contract, an internal notice was sent to suppliers registered with Oratis to stop the supply of medicines and medical equipment via e-MASS, effective Feb 28.

Oratis said the notice was intended for internal circulation and not for the government retirees and ATM veterans.

“We apologise for the confusion and fully support the government’s decision to improve the supply of medicines and medical equipment for retirees and ATM veterans,” said the statement.

Via e-MASS, Oratis acted as intermediary between the PSD and federal government retirees for the supply of medicines and medical equipment not provided by government hospitals or clinics.

Patients could buy the medicines and medical equipment and then claim a refund by submitting the receipts to the PSD. 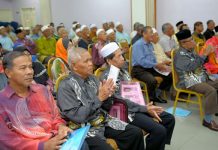 Don’t say goodies for civil servants are to entice them to vote BN – that would be fake news! 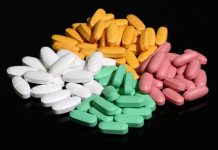 Thanks Rama for this info. My heart goes out to those with very small pensions. How to pay and even if they could when will they be reimbursed. As you rightly say, many may be too tired , weak physically, perhaps even mentally to go through that whole rigmarole of claiming for reimbursement.