If you can’t play a part in breaking the stereotypes that discriminate and oppress human beings, don’t be an obstacle to those who are working hard to break them, says Barathi Selvam.

I want all my dreams to come true,
And I want to make them mine soon;
Let the women attain freedom,
And be protected by the most powerful deity. – Mahakavi Bharathiyar.

Now, ordinary people who are accustomed to so-called traditions might think these words express the preoccupation of a father who feels obliged by societal rules to come up with a dowry for each of his daughters.

But this father is no ordinary man – and his daughters are anything but ordinary. The gold which he craved was a gold medal in wrestling – which his daughters duly won.

Based on a true story of Commonwealth gold medalists Geeta and Babita, Dangal is an outstanding, inspirational movie. It tells the story of how a father broke unnecessary social taboos imposed by a patriarchal society when he trained his daughters in wrestling as they rebelled against social norms.

The real-life characters depicted in the film are an eye-opener. But sadly not to that many people – as the do’s and don’ts of a woman remain constructed and guarded by covetous “moral police” armed with ever-evolving cultural codes.

Malaysian women too cannot evade similar circumstances. Derogatory remarks towards women are not something new in our country. Over here, even the attire of athletes has come under fire, and sexist remarks are made, reflecting the regressive mindset of many among us.

Worse, certain elected political representatives seem enthusiastic in making sexist remarks at their fellow parliamentarians. This is mind-boggling, and we are left wondering how on earth these incorrigible people with such a mindset were chosen as leaders.

That said, here and there, we find people breaking away from the chains of gender-stereotyping that entangle us into preconceived notions of the ideal roles and characteristics to which we think we should conform.

What can be done to break such gender-stereotyping, especially in the way it affects women?

To start off, you can take these little yet meaningful measures:

Even in this era, many still have a code of conduct for women and support moral policing of women – by society, by friends and family. Women are thus constrained from doing certain things just because they are women.

If you can’t play a part in breaking the stereotypes that discriminate and oppress human beings, don’t be an obstacle to those who are working hard to break the chains of discrimination and oppression.

Let’s hope for a better world that promotes equality in diversity.

Barathi Selvam, an undergraduate student majoring in journalism at a local university, is enraged with the social injustices he sees around him. He hopes to use writing as a medium to advocate for anyone who is discriminated and oppressed and to empower the marginalised.

The mother: Stereotype and neuroses 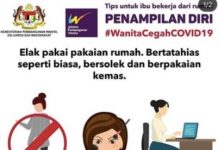 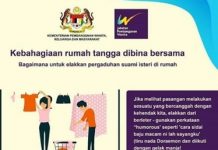 Of women, professionalism and Doraemon in a time of coronavirus