If the government collects a broad-based tax such as the GST, it is only right that the money is used to fund excellent social services for Malaysians, writes Ronald Benjamin.

The GST in Malaysia has been implemented since 2015 – and the government (via the Customs Department) has reportedly collected around RM41bn in 2016 and expects to collect a further RM42bn in 2017.The question on the minds of most Malaysians is what has the government done with this money?

The argument in the media is always about the importance of a broader tax system such as the GST for the government to sustain its expenditure. But there is also an argument against the GST: some feel that the elimination of corruption and leakages would be enough to fill up government coffers.

Whether the GST has actually improved the lives of Malaysians and empowered them socio-economically is seldom analysed or debated in mainstream platforms. For example, how has government revenue from GST translated into a better life for Malaysians in terms of social empowerment through free education, improved healthcare accessibility, efficiency of healthcare institutions and lower inflation?

Unfortunately, deficit reduction initiatives with the help of GST and the removal of subsidies are merely seen as a security measure or a safeguard against economic uncertainty that comes with a ‘casino’ or speculative economic model – rather than measures to improve social services and human capital development.

The fact is consumer prices in Malaysia have risen 5.1 per cent year-on-year in March 2017, compared to a 4.5 per cent increase in February. It was the highest inflation rate since November 2008, as prices of food and non-alcoholic beverages, housing and utilities rose further while the cost of transport surged.

Obviously, since the implementation of the GST, prices of goods have gone up and this has been compounded by a weakening ringgit and the removal of subsidies for basic items such as cooking oil and fuel.

To date, Malaysians who are in the bottom 40 per cent have not seen any improvement in their lives but feel poorer with the implementation of the GST and other variable cost factors that have driven up the prices of basic goods and services. The household debt-to-GDP ratio is expected to be in the range of 85-90 per cent of GDP in 2017. This would not be sustainable in a long run.

Brim is seen as helping to cushion the impact of the rising cost of living for the bottom 40 per cent. But it does not tackle the fundamental structural and policy issues in the country: the gradual reduction of corporate taxes, monopolies for essential items, the mushrooming of private educational institutions that charge exorbitant fees and the corruption of politically connected elites.

A recent World Bank report stating that Brim has in fact pushed private consumption, helping GDP to grow by 4.9 per cent, does not make sense to the bottom 40 per cent of the population. Who are these private consumers?

Malaysia today needs an economic model not merely to sustain government finances, which economist like to emphasise. It needs a model that would empower the middle class and the poor. Brim does not create wealth through real distribution of income but rather provides temporary relief for Malaysians struggling to cope with the higher cost of living.

If the government collects a broad-based tax such as the GST, it is only right that the money is used to fund excellent social services to improve the financial security of Malaysians. In this way, the people can then focus on essential value-adding activities such education, self and community empowerment to propel the country towards developed status.

Perhaps the Barisan National government should learn from Nordic countries like Denmark how broad-based taxes are used to empower its citizens through the creation of some of the best social services.

The new Customs director general, the glass ceiling and the regressive GST 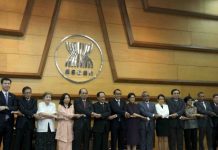 PSM: An open letter to Asean heads of state