Benedict Lopez is impressed with the Icelandic capital’s move to promote sustainable mobility and the use of “pure energy” in its bid to reduce greenhouse gas emissions.

As a measure to attain its target of zero greenhouse gas emissions by 2040, Reykjavik, also known as the geothermal city, aims to reverse urban sprawl by promoting walking, cycling and public transport, perhaps following in the footsteps of Copenhagen.

Reykjavik, the world’s northern-most capital, with a population of just over 120,000, accounting for around 60 per cent of Iceland’s population, is known worldwide as a “pure energy city”, its power supply being derived from geothermal energy.

Now, the Icelandic capital is striving to become the world’s first carbon-neutral city.

Changing the popular mode of transport will be Reykjavik’s main challenge. Only 4 per cent of people in Iceland’s capital currently take the bus, but the city has an ambitious aim to treble the use of public transport by 2030, perhaps emulating the success of Curitiba in Brazil.

Included in the agenda for transformation is to increase the proportion of cyclists from 19 per cent to more than 30 per cent. The city is also encouraging its 9,000 public sector employees to use electric cars through incentives such as free parking and lower taxes. The city also aims to keep investing in bike paths for the people.

The city plans are to instal more electric car charging points and work with six neighbouring municipalities on a new rapid bus or light rail system.

Iceland was one of the first countries to ratify the Paris climate deal via a unilateral parliamentary vote.
In 2013, Iceland emitted 2.8 tonnes of greenhouse gas per person. In contrast, the United States has a greenhouse gas footprint of 16.5 tonnes per person.

Reykjavik has an advantage in comparison to many cities globally due to its reliance on geothermal energy.

Houses in Reykjavik have geothermal heating, in addition to 100 per cent hydro-electric power, but the pace of the turn towards natural energy will be intensified.

City surveys suggest young people are keen to live in the city.

But the city has to tackle high-density sprawl. “Carbon neutrality always comes down to urban form,” public transport expert Jarrett Walker was quoted as saying.

“Outside the small historic centre Reykjavík is mostly high-density sprawl: apartment blocks oriented towards motorways or fast streets rather than to pedestrian infrastructure or logical public transport paths. Many people in these towers can’t even walk to a convenience store.”

Iceland’s amazing geothermal features are anticipated to propel revenue from tourism – expected to account for about 10 per cent of the country’s gross domestic product in 2016.

Besides promoting tourism, improved green credentials could enhance the city’s attractiveness as an international conference location halfway across the Atlantic, Áshildur Bragadóttir, director of the Visit Reykjavík tourist body was reported as saying.

Besides the world famous Blue Lagoon, Iceland is endowed with geysers, water pools, glaciers, and volcanos – the landscape is constantly changing because of eruptions, earthquakes and climate change. The word geyser itself is derived from the Icelandic verb geysa, “to gush”. 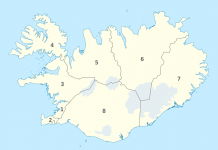 How Iceland confronted the coronavirus – and whipped it 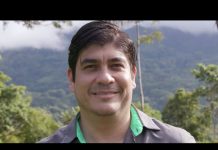 What Malaysia can learn from ‘Champion of the Earth’ Costa Rica 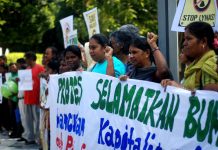 Save Malaysia’s environmental plague and economy