As a nation still in search of what constitutes the identity of a “Malaysian”, we wouldn’t want to eventually risk losing our religious and cultural identities and histories, says Adrien Lee.

When exiting the cinema hall, I overheard excited voices debating about how an Easter egg hunt could’ve been better executed.

This debate by four young adults became so intense it took them a while before realising that the exit was the other way.

There isn’t anything wrong about adults being excited about Easter eggs. The point here is about the ignorance of values and beliefs behind certain religious and cultural celebrations.

Easter is celebrated after 40 days of Lent. During Lent, the body is denied certain desires and emphasis is placed on prayer, fasting and almsgiving. Lent is also about the strengthening of faith and the practice of patience, spirituality and humility.

In essence, Easter is a religious celebration that marks the culmination of Lent and what Christians believe is the triumph of Jesus Christ over death. It isn’t exactly about who gathers the most Easter eggs or candy.

The use of the egg during Easter can be traced back to medieval Europe. Eggs were then seen as the cheapest form of protein, and Lenten observations back then required a fast and abstinence from meat, dairy products and eggs.

Eggs were only consumed when Lent was concluded that is on Easter. But today, Easter to some has become about searching for colourful eggs and candy, and the significance behind the celebration of a religious occasion has been disregarded.

Besides Easter, other celebrations celebrated without a true understanding of their values and beliefs are Christmas (presents and overindulging in food and drinks) and Chinese New Year (“ang paus” and lavish decorations).

Understanding accurately the whys and hows behind certain practices is essential for a better appreciation of culture and religion. Even the Sultan of Johor had a say about “Arabisation” and what His Royal Highness regards as the gradual erosion of appreciation towards Malay culture.

Many foreign customs and practices are practised without truly understanding why they existed in the first place. The overwhelming wave of globalisation and capitalism continues to introduce new trends and crazes through television and other forms of popular media.

Case in point: the fashion sense and identity of Malaysians were defined by The Beatles in the 1960s, The Rolling Stones in the 1970s, Michael Jackson in the 1980s, Canto-Pop in the 1990s, and J-Pop and K-Pop in the new millennium. Now it’s about Birkenstocks.

Following trends isn’t a crime, and many wouldn’t want to be labelled as being “so yesterday”. But social media makes keeping up with the Joneses increasingly difficult by introducing the term #OOTD (Offer Of The Day/Outfit Of The Day).

One might therefore find oneself drifting aimlessly along with the tide of capitalism by making unnecessary purchases. Capitalists do encourage us to buy according to what we think we want and not what we need.

Hence, we are subtly reminded that religious and cultural celebrations are not about religion and culture but about the material possessions and the perception of trendiness that come with them.

Last year, much emphasis was placed by shopping malls about celebrating Halloween. Oktoberfest and St Patrick’s Day are widely celebrated as if they originate from Malaysia. On Facebook, I read a post about why Thanksgiving was important and needs to be celebrated in Malaysia.

But why Thanksgiving, an American celebration honouring the autumn harvest and the sharing of a meal between the Pilgrims and Native Americans, is deemed important to be celebrated by Malaysians leaves me dumbfounded.

While Malaysians could take a day to celebrate our state-of-the-art roads, world-class education system and diverse food, perhaps a page should be taken out from the original American Thanksgiving.

That is, to treat our native Malaysians, the Orang Asal and indigenous communities from the Borneo states, to an appropriate and well-balanced share of the social, political and economic pie. It is after all, rightfully their homeland and birthplace.

This Easter, one could give thanks for the countless blessings we have and reflect upon how we can assist the poor, the marginalised and the underprivileged while reflecting upon our own lifestyles and learning to live moderately and within reason.

Easter, like other religious and cultural festivals, isn’t about shopping, overeating, discounts or dining in overpriced restaurants. When traditions and festivities are practised without regard to their true values and beliefs, we might find such celebrations hollow and meaningless.

Many of our practices and lifestyles are now heavily influenced and laden with foreign customs. Many are more acquainted with Middle-Eastern and East Asian traditions, lifestyles and languages than those existing in Malaysia.

As a nation still in search of what constitutes the identity of a “Malaysian”, we wouldn’t want to eventually risk losing our religious and cultural identities and histories.

Ultimately, religions are a guide about how one should live in order to better the lives of others – for religions are built on a platform of love, hope and faith, based on the principles of sharing and forgiveness.

Have a blessed Easter. 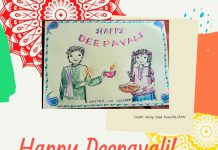 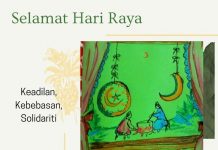