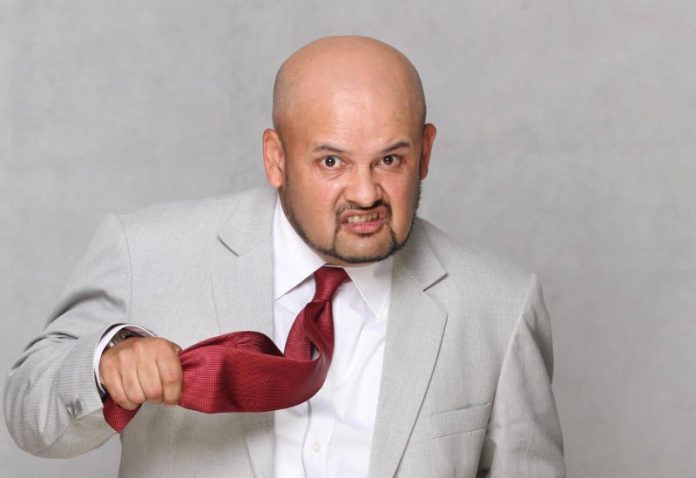 Wandering Malaysian compiles a list of quotes that have left Malaysians stumped. Stand-up comedy in Malaysia, it would seem, is well and thriving.

Harith Iskander is the world’s funniest person in 2016 making all Malaysians proud.

Zunar, our other globally renowned comic, is faring less well. He was arrested multiple times, is facing at least nine sedition charges and is banned from leaving the country. Some people presumably don’t find him funny.

Harith should be forewarned but he does face serious competition in Malaysia as stand-up comedy is indeed well and thriving. Here are some of the more memorable lines of 2016:

Khalid Abu Bakar: “He can draw McDonald or Donald Duck, anything, no one will care, but don’t insult people.” (Zunar did draw his version of Donald Duck and was promptly arrested.)

Paul Low, discussing his role in promoting integrity and transparency in government, expressed confidence that the people would eventually find themselves feeling that things have indeed changed for the better.

S Vell Paari: “In my opinion, the attacks from WSJ on this country are a form of a terrorist attack on Malaysia, by trying to destroy this country politically and economically.” (The WSJ had reported a certain personality had allegedly spent US$6m on clothes, shoes and jewellery over seven years.)

Abdul Hadi Awang: “Unfortunately, after being rejected in Europe, Christian missionaries have taken their teachings to those African countries where the people are far from being educated and civilised. They have also taken these teachings to the interior areas of our country, such as in Sabah and Sarawak.” (No explanation required)

Najib Razak: “I am a gentleman, any disputes, let’s meet and discuss. We resolve it through the proper channels.” (Speechless)

Abdul Rahman Dahlan, who, while revealing the identity of Malaysian Official No. 1 as the PM, said opposition politicians have made Malaysia the most stressed-out country in the world: “Why? Because we have an Opposition that doesn’t use their brains to think, only their emotions.”

Zahid Hamidi: “We have to remember we are in a time where Allah has put Datuk Seri Najib as our president. It is fate that Allah wanted it that way.” (Speechless).

Nur Jazlan Mohamed, who said that Putrajaya would close detention centres for drug users only if a Universiti Malaya academic is willing to manage them: “We are willing to accept her recommendation, maybe let her manage them if she is willing to do so” (in response to a respected study published in The Lancet reviewing the performance of these centres).

Dr Amin Senin, who said that students registered better scores according to the latest Pisa results. (But the official 2015 Pisa ranking results published by the OECD inexplicably did not include Malaysia.)

Sirajuddin Suhaimee, said food outlets must rename hotdogs: “Any halal products that make consumers confused, we have to change.” (This made international news.)

RS Thanenthiran, who said the red shirts were only created in response to the yellow shirts: “Bersih are now puppets and have been hijacked by the opposition.” (No explanation needed.)

Haris Kasim, commenting on khalwat raids that led to the death of a policeman: “We do not conduct raids like those carried out in sensitive areas or against criminals.”

Haris Kasim, commenting on a mobile app for easy reporting of Sharia crimes: “We just want to be more approachable. We are doing our best to reduce and eventually eradicate wrong activities and by the launch of this app, we hope people who intend to do wrong will think twice.”

Liow Tiong Lai: “Our stand is whatever seats that were loaned out to Umno we will take them back.” (The MCA lost most of its seats in the 2013 general election.)

There will certainly be more riches in 2017.

Wandering Malaysian is the pseudonym of an Aliran reader.