The British governments’s own failings over inequalities and unemployment and the Conservative governments severe cutbacks on welfare were major factors behind Brexit, says Renji Sathiah.

To distract you a little from the very worrying developments here for a while, I thought that I would give you my take on Brexit based on my six years as head of mission for Malaysia to the European Union in the 1990s.

Also our British-dominated sources of information on this and local analyses don’t seem to have fully appreciated the nuances.

The United Kingdom was never comfortable in the European Union. It believed in the single market but rejected the political integration aspects. Generally, it played a negative role. I remember the frustrations of the very bright UK permanent representative to the EU over having his hands tied.

When I was in Brussels, the respected thinkers there strongly believed that the EU, then at 15 members, should not expand until it had resolved key institutional and structural issues. Pressure from the United States, aided by the UK, increased the membership to the present 28.

The US and UK objective appeared to be to make the EU unmanageable and no threat to the US’s hegemony. The bonus was to get in the pro-American Eastern European states. Ironically the resulting influx of Eastern European workers, especially Poles, into the UK has been one of the reasons for the anger over immigration.

The US, aided by the UK, has used the EU and Nato to promote its own interests in Europe, blocking any attempt by the EU to develop its own independent policies, including a European defence force.

The US-inspired push of Nato and the EU westwards was a clear provocation to Russia and the open interference in the Ukraine was the last straw for the Russians. I am no fan of Putin, but I can understand his reaction very well.

The UK, especially the Conservatives, were also unhappy with their being subject to the EU’s human rights, social and environmental laws.

Yes, there are major issues in the EU which need to be resolved. With 28 members, it is almost impossible.

Then, there is the Euro which was compromised by the lack of a common fiscal policy. Nevertheless, I think that the project, which could have been handled better, was worthwhile. Most Europeans in the eurozone want to retain the currency, even the Greeks whose own profligacy brought them to their crisis.

The EU’s image has been negative to many because it has been convenient for member states to blame the EU for what is often their own failings. Complaints about faceless bureaucrats making laws are typical.

In reality, laws are made by the intergovernmental body (the council of ministers), and only post the Maastricht treaty, were they subject to a veto by the EU parliament which is, like the commission, a community body. This results in a reconciliation mechanism.

The commission drafts laws on the instructions of the council but can propose laws for the council’s approval. Its task is to implement the laws. Of course, member governments do not advertise this reality because they do not want the public to know who really is to blame for legislation they don’t like.

The EU is a complex organisation, and understanding its workings is not easy.

The claims that the EU Commission is overstaffed and inept are just not true. It numbers some 30,000 civil servants of the highest quality, less than the size of our prime minister’s own inflated department (about 40,000). I was impressed by the officials that I had to deal with. They were most helpful and responsive.

Personally, I would like the to see Europe develop its independence from the US, an important step towards a more multipolar world.

In my view, the reasons behind the Brexit vote are more the result of the British governments’s own failings over the pressing issues of inequalities and unemployment and the Conservative government’s severe cutbacks on the National Health Service, education and social welfare.

Immigration was, of course, another matter. All European countries face the problem of rebalancing and restructuring their economies in the face of globalisation but the UK’s Conservative government’s free market approach has exacerbated many of the problems.

I believe outgoing British Prime Minister David Cameron made a major mistake calling for a referendum. No one believed that the vote would be for Brexit. Even the Brexiters, apart from right-wing UK Independence Party leader Nigel Farage, look bemused and lost after the result. There are indications of desperate backtracking.

Yes, it is true there are other exit movements in the EU especially in France, Austria and Belgium. But I don’t believe they can prevail, and in fact the aftermath of the British vote will deter most of them.

Renji Sathiah is a former Malaysian ambassador and head of mission to the European Union (1993-1999). 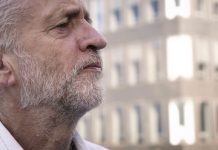 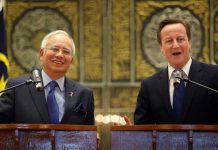 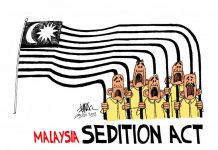