As we usher in the year of the fire monkey, it is a good time to learn how to behave as decent, civilised and courteous human beings, says Adrian Lee.

Before jolly old St Nick could adjust his compass to head back to the North Pole, another bearded man in red turned up to hastily show him the door.

As many anticipated the arrival of Chai Shen or the god of prosperity, bringing along with it the Chinese New Year on the heels of Christmas, shopping malls, hypermarkets and restaurants were filled with New Year decorations and music.

The Lunar New Year is also celebrated in the media with the print, electronic and digital media abuzz with greetings of prosperity and joy and announcements of mega sales.

Chinese New Year, like every other celebration of cultural grandeur that takes on a commercial tone, has effectively dismissed the true values behind this celebration.

This is the occasion when many expect to receive ang paos or red envelopes. These red packets are now expected to hold a minimum sum, and any amount below this receives a derisory look of disbelief and scorn.

The practice of offering ang paos was supposed to be a symbolic gesture for prosperity and blessings. Once upon a time, ang paos contained only blessings written on a red strip of paper from the elderly to the young. No money was offered.

But is there anyone brave enough to return to this true practice of offering money-less red envelopes containing only messages of blessings this year?

READ MORE:  CNY in Singapore – and time for a reset in Malaysia

Chinese New Year is also a time when miracles occur. Despite rising living costs, many somehow succeed in spending lavishly beyond their means lest they be erroneously regarded as financially incapable.

Somehow, there is the need to show off or to “action” about the number of dishes being served, the expensive food prepared and elaborate decorations around the house. It apparently doesn’t matter if food isn’t finished and is thrown out. What truly matters is to be seen as capable of spending beyond one’s means.

Notice how canned and box drinks served are often unfinished and thrown away? The excuse to justify such excessive wastage is that the Lunar New Year only takes place “once a year”. It is as if the celebration of Chinese New Year permits wastage to occur.

Another form of miracle that crackles every Chinese New Year is the revival of fireworks and firecrackers. Despite being banned, these explosives never fail to light up the skies, the whizzing and booming usually continuing into the early hours of the morning.

These contrabands are openly sold along the streets in housing areas and downtown. One wonders how fireworks vendors have become so bold and unflinching in selling them in broad daylight.

In shopping malls, the rush to buy decorative items and foodstuff becomes obligatory. It is not uncommon to witness “aunties” with walking sticks zooming past us to rush for that last item. And she would beat you to it. And the shopping carts are filled to the brim.

Shoppers suddenly flock to the malls in droves. The number of vehicles mysteriously soars, resulting in traffic congestion and road accidents.

As the roads choke up, tempers flare as impatient drivers selfishly cut queues, beat traffic lights or drive at breakneck speed, without regard to the safety of others.

So is Chinese New Year about needlessly showing off, about being selfish drivers and shoppers, indiscriminately setting off fireworks and firecrackers while disturbing the neighbours’ slumber, and demanding ang paos of certain amounts?

The true significance of this celebration is about honouring one another and family values. The values behind the need for reunion, reconciliation and respect have been overtaken by the value of ringgit and sen.

So as we usher in the year of the fire monkey, it is an opportune time to learn how to behave as decent, civilised and courteous human beings. Let us learn how to kongsi or share the roads, spaces, food and happiness with others especially the neglected and underprivileged.

If certain non-Mandarin speaking politicians can miraculously share Lunar New Year greetings in fluent Mandarin, there is no reason why we too cannot kongsi what we have while wishing others “Gong Xi Fatt Chai.”

Happy Chinese New Year and have a blessed and prosperous year ahead. And yes, ang paos are most welcome! 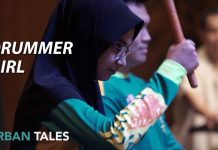 Living cautiously in the Year of the Metal Rat