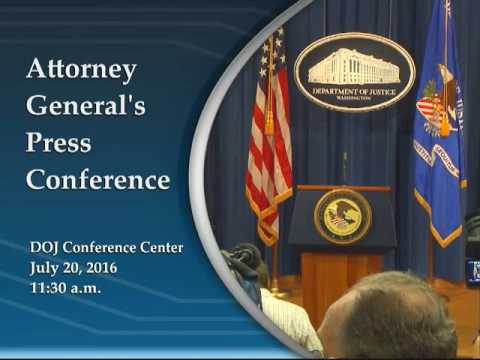 So many Malaysians are saying there is no crime; so why are the US authorities investigating this “so-called crime”, wonders Wishful Accountant, with tongue-in-cheek.

I fully agree with the statement by Gerakan Youth chief Tan Keng Liang that we can’t trust the US authorities (although those lying back then were politicians and not law enforcement officers or justice department crime watchers. Oh well…).

Regardless, why is the US Department of Justice investigating and wasting so much of US taxpayers’ money investigating a non-crime that does not involve the US in any negative way.

If at all, it looks as if the US economy gained a lot due to the various funds pumped in. Think of the investments in films and properties and the assorted opulence and revelry. Shouldn’t the US be celebrating the gain to its economy rather than nitpicking? No pleasing some people, I tell you.

What crime are they talking about? There was no crime, no report filed by the so-called victim.

Let’s consider the absurd position this lawsuit is going to end up in. Say the judge grants what the DoJ is asking for and allows the seizure of assets; what are they going to do with those assets? Who are they going to return them to?

1MDB already said they were not aware of any money stolen or plundered; their claim has been supported by various authorities in Malaysia. So surely they return the stolen money to 1MDB when they have been steadfast in saying no theft has taken place.

Won’t it be bizarre that after two years of hard work and a legal suit, the US DoJ tries to give the so-called stolen money back – and here we will not be able to accept it as we are quite sure nothing was stolen.

That’s only logical, right? You can’t return a stolen car when the car owner is saying it was not stolen but part of an asset swap deal.

I think this is a massive plot by the incoming new presidents to discredit Malaysia and the special relationship with the current US president. Boy, they must be so jealous for them to waste so much effort and US taxpayers’ money to pursue this non-crime.

I am sure the opposition in Malaysia has some part to play in this dastardly conspiracy to topple a modern and democratically elected government in Malaysia. This must be payback for charging a leader of the opposition for corruption in Penang.

Why can’t they listen to what many Malaysians have been saying all this while? There is no crime.

The prime minister said there was no crime

The deputy prime minister said there was no crime

The attorney general has said there is no crime

The inspector general of police said there is no crime

The public accounts committee did not found anything of serious note to report (remember these are bipartisan members).

Bank Negara only issued administrative penalties; no crime too.

Rahman Dahlan said there is no crime.

Salleh Keruak said there is no crime.

Ismail Sabri said there is no crime.

Azalina Othman said there is no crime.

Annuar Musa said there is no crime.

Shabery Cheek said there is no crime; what cheek for people to say otherwise.

Shahrizat Abdul Jalil said there is no crime.,

The auditor general’s report leaked by Sarawak Report is a fake, so some allege.

What sort of prosecution and investigating philosophy do they have in the United States? So many Malaysians are saying there is no crime, but they are investigating the so-called crime there?

I suggest the US of A and its DoJ investigate the many African Americans shot indiscriminately by the police over there and their festering illegal drug supply and addiction issues.

Don’t sebok in other countries affairs. If they still persist, I suggest the DoJ officers run for election in Malaysia in the next election to see if the rakyat will support them.

(In case you haven’t realised it by now, this article was written with tongue in cheek. – Editor)

ABOUT US
Aliran is a reform movement in Malaysia promoting justice, freedom and solidarity.
Contact us: [email protected]
FOLLOW US
Content may be reproduced without alteration but please attribute to aliran.com
wpDiscuz
11
0
Would love your thoughts, please comment.x
()
x
| Reply