Elected representatives should be allowed to vote accordance to their conscience if the issue is not against their party principles and ideology, writes Vince Tan.

Whose interest do elected representatives actually serve in the end? Their respective political parties or the people who elected them to office? It is a question that perplexes many.

A country is governed by a government that is elected by the people once every five years. The government manages the country’s affairs and determines the policies of the country.

A government is formed by political parties, which field candidates in elections. The party or coalition winning the most seats in the legislature forms the government of the day.

Decisions made by political parties can have a major influence on policies implemented by the government of the day. At times, a conflict of interest may flare between the people and the political party, with the elected representative caught in the middle. At times, against their own conscience, the elected representative may have to toe the party line and submit to his party directions.

For instance, a member of the ruling party may disagree with new legislation introduced by her party and would certainly vote against the bill if she was to vote according to her conscience. But she is unable to do so as her party has instructed her to vote in support of the bill. She would then be compelled to obey her party for the sake of her political career.

Is such compulsion healthy for a democracy?

The selection of candidates for an election is important as those those candidates could become representatives of their political party in the legislature. Elected candidates would have to play the role of lawmakers, articulate the voices of the electorate and represent their respective parties.

But elected representatives also have to toe their party line and obey their party’s decisions so as not to jeopardise their chances of becoming candidates in the next elections.

Besides that, the existence of political patronage within a party would mean that candidates are chosen based on their loyalty and not for their individual qualities. Therefore, elected representatives have more incentive to fulfil their political master’s will rather than the rakyat’s will. If so, how do the people provide oversight over the political structure to ensure the policies of the day benefit them?

In India, members of a legislature voting against party directions face legal repercussions; such as act amounts to party-hopping and that member would be disqualified as a member of the legislature. This shows how powerful a political party can be in controlling the members of their party in the legislature.

There is not much a citizen can do to monitor and counterbalance the decision of a political party as the decisions of the party, which is autonomous, are made by the party’s top leadership.

The rakyat has a say once every five years during the elections if they are not happy with the party. The rakyat can pressure the political party externally by raising issues and concerns to their elected representative or to the party.

But ultimately the party will have the final say in its decisions. That does not mean that the system cannot be improved to safeguard the interest of the rakyat.

One suggestion would be for certain guidelines to be set for the selection of candidates to make sure those nominated serve the best interest of the people. Candidates must fulfil these requirements in order to qualify for party nominations.

Exceptions have to be made in the application of the parliamentary whip. Elected representatives should be allowed to vote accordance to their conscience if the issue is not against their party principles and ideology. For instances, in the issue of lesbians, gays, bisexuals and transgenders (LGBT) – no doubt controversial when taking into consideration the religious and human rights angle – voting should not be restricted along party lines.

We need to review the power structure that controls elected representatives and suggest reforms to the system if we want our nation to be a progressive one, governed by the principles of democracy and human rights. We must give value to the voice of the voters. To do otherwise would result in the deterioration of our democratic institutions.

Vince Tan is a student activist in a local university. He is currently involved in ‘Progressive University of Malaya’, a student rights movement championing academic freedom and student empowerment.

Vince first got involved with Aliran after attending our Young Writers Workshop on Good Governance and Democracy, supported by the Canada Fund for Local Initiatives. He feels he can contribute more to the sociopolitical arena in this country by writing about issues close to his heart.

An open letter to my honourable future wakil rakyat 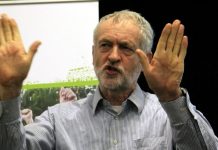 The Minister and his hype, hypocrisy, hysterics