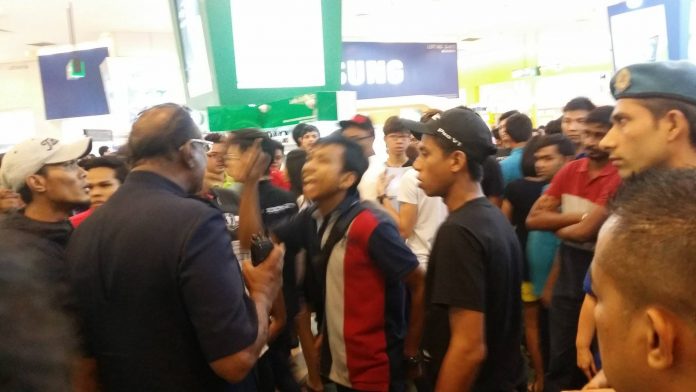 Let’s work together to bring justice and beauty of unity to reality, not just behind the four-edged glass screen and for the sake of our future generation, says Wan Atikah Wan Yusoff.

A few days ago, I kept my nephew and niece company while they watched a TV animation tittled Robocar Poli.

Robocar Poli is about a group of vehicles responsible for taking care of Broom’s Town and serving as the town’s rescue team. Among the characters are Poli (police car), Roy (fire truck), Amber (ambulance), and Helly (helicopter). Whenever there is trouble in Broom’s Town, all of them work together to resolve the problem.

And when the situation becomes more critical, they transform themselves into more efficient versions of themselves so they can handle the situation better. They are all so committed and work hard at making Brown’s Town a harmonious and safe place for its residents.

As we were watching the animation, I noticed both my nephew and niece mesmerised by the vehicles’ actions and transformations. These vehicles are honest, just, responsible, fast and efficient – especially Poli, who never gives up and upholds strong moral values when doing his job.

I believe my nephew and niece must have equated the values upheld by the characters in Robocar Poli with our justice and enforcement team (in the real world). But I’m afraid, the reality now is a bit different from what they believe and imagine.

Regarding the recent uproar in Low Yat Plaza, I think the focus of the police strayed a bit when they carried out their investigation. They should have investigated the guys who stole the phone and started the riot first instead of instilling fear in the people who shared rumours about it.

READ MORE:  Why deploy the army when the police force is good enough?

The people who purposely (and ignorantly) shared the rumours were also in the wrong, but it is not fair to put the sole blame on them while shutting one eye to the main persons in the episode.

The fact that the suspected accomplice in the incident was taken in by the police earlier but then released atas budi bicara is something for all of us to question and be critical about. I’m not denying his right to be free. Everyone has his or her rights. But they must be upheld in the right way.

My concern is, what kind of budi bicara was involved between the suspect and the police for the latter to be so convinced that they should release him, a guy who was allegedly an accomplice in stealing? The police must be fair in doing their job as they are a key pillar of justice. If we cannot depend on them to serve the cause of justice in our society, then who else?

I guess the next generation will be shocked when they realise that wrongdoers in Malaysia can easily escape allegations or punishment just by acquiring the skill of budi bicara or by being a member of certain groups. It is not that we should leave no room for the police to act fairly towards someone whose guilt hasn’t been proven. But the decision to release a suspect must be made at least after a thorough investigation has been carried out.

Reading the news about hundreds of chauvinist Malays gathering at Plaza Low Yat while playing the game of pejuang bangsa left me wondering what really made them fall for the rumours that were being spread. Did they really believe those rumours – like, really get angry instantly upon hearing that one of the members of their ethnic group was ‘cheated’?

Or was it because there was a certain hidden force intentionally working hard to turn the seller-buyer conflict into a racial conflict. It doesn’t seem logical for sound human beings to simply fall for such rumours – unless it is their ‘job’ to create tension in the country.

We, Malaysians, should criticise such groups who are so intent on raising unnecessary tension in our country. Let’s be critical about their remarks, and don’t easily fall for any provocation from them.

This incident somehow got twisted and quickly escalated; all of a sudden, the guy who allegedly stole the phone was made out to be a hero! Out of nowhere, an apparently self-appointed lawyer turned up to defend the guy and claimed that the act of stealing and beating up people are a way of “enjoying life”.

Dear Mr Lawyer, tell me which part of troubling and hurting others equals “enjoying life”? I bet you enjoyed all the attention generated from the spotlight on you.

We see today in Malaysia how a person apparently involved in a criminal act can easily slip off the hook. The crime may range from stealing a phone to siphoning billions of ringgit of public money. Even though there may be clear evidence to indict them, there is frequently some tricky word-play at work that allows them to wriggle their way out to freedom.

Biased, corrupt, inefficient and cincai are the common words to describe the justice system in our country now (regardless of which level). (Not all are like that. There are still many in the system who are trustworthy and committed to serve and uphold justice.)

The younger generation still do not know how things work in Malaysia. We let them watch animations and cartoons, stories about a perfect and fair world. They imagine that their country is just like the one they are watching on television or in the movies. But soon, when they grow up, they will realise how messed up the reality is.

If in 2014 and 2015 Malaysia has been plagued by tragedies, conflicts, crime and even a financial crisis, what can we expect in 10-20 years’ time if we don’t do anything to fix the core problems today?

I bet all of you don’t want positive values to exist only in the cartoons and animations the kids are watching. So let’s work together to bring justice and the beauty of unity to reality in our lives, not just on the television screen. Not only for us, but for future generations too!

Wan Atikah Wan Yusoff is an antropology and sociology undergraduate with Universiti Sains Malaysia. She is presently doing an internship with Aliran during her long vacation.