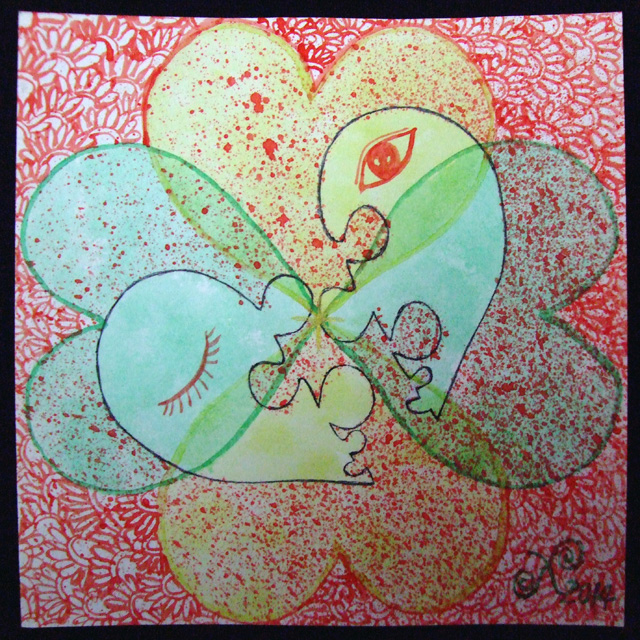 When you fall in love and your love is reciprocated, what would you do?

For most of us, we grow our love. It happens naturally.

For others, it becomes a challenge that makes loving each other an unbearable, sour and bitter journey. While a few may overcome the pain and pressure, most pull out at the last minute.

Why do mixed marriages become unthinkable for some couples who are in love?

When any form of authority, dominant individuals, groups or institutions in society politicise religion, ethnicity, culture, nationality, qualification, and socio-economic condition to promote a culture of exclusion and perpetuate a sense of superiority, mixed marriages become a taboo – if not a curse – to the couples.

Yet, most of the couples who experience this know what works for a healthy relationship: the presence of mutual love, affection, and a similar vision of life.

Why are mixed marriages discouraged in Malaysia when a 1Malaysia nation is our national leaders’ aim?

In Malaysia, if you fall in love with a Muslim man or woman, you need to undergo a process of conversion from your original faith into Islam.

Some denominations in Christianity require you to do likewise should you plan to marry their believers.

Likewise in Hinduism, the woman is generally expected to abandon her faith and practise her husband’s faith.

When religious institutions dictate and decree permissible love while frowning on forbidden love, the challenge of staying true to your love and taking it to the next level – a ‘mixed marriage’ – becomes a struggle.

Our Attorney General told us last year that in the case of certain mixed marriages “the failure of the converting spouses to resolve the family arrangements prior to conversion and in fact, attempting to use the different jurisdictions of the civil and Sharia courts to their advantage, jeopardises not only family harmony, but potentially national harmony”.

Take the cases of M Indira Gandhi and S Deepa, who filed for custodial rights over their children when their Muslim-convert husbands ran away with their children. Though the civil courts ruled in their favour, they are still waiting for their husbands to return them their children.

Though the amendments are important and were tabled six years ago, he could only tell us that the proposal is still pending, without further elaboration.

An old secondary school friend of mine married a man from a different ethnic group and religion. She married him because they both love each other. Her parents were absent on her wedding day. They stopped all communication with her to show their disagreement over the inter-ethnic marriage.

That was about 15 years ago. But her parents began to initiate contact with their daughter when their first grandchild was born.

A few of my senior colleagues shared their stories of being in love with girls of a different ethnicity. When they talked about their true loves, their monotonous facial expressions suddenly turned radiant.

One of them reminisced about the wonderful moments of waiting for his girl in front of her hostel with hope and enthusiasm. I could feel his love for her and I could smell the fragrance of blossoming flowers, as the static air turned into a refreshing breeze.

When the system discourages certain types of true love from blossoming, can we claim that we are 1Malaysia?

These days, they live a single life, though they are married. They have performed their duty as a loyal husband to their wife and as a caring father to their children. They have a family, but they do not have a fulfilling marriage life and life partner.

So, what do other Malaysians say about mixed marriages?

By making reference to a Buddhist who married a Christian and the way they expose their children to both religions, Sharyn Shufiyan believes that it is the level of “commitment you put into the marriage that will make it or break it”.

Ching Yee, who interviewed three couples from three generations, discovers that magic and chemistry for each other; being a good, honest and truthful human being for each other; and open-mindedness to interact and to learn about other cultures and nations are the secrets to successful mixed marriages and interracial relationships.

A child of mixed parentage, Shanti Sandosham is proud of being a “campur-child”. Her story and the stories of others offer us a positive outlook of mixed marriages in Malaysia.

Like upholding justice and integrity, protecting and staying true to someone you love requires great sacrifice and struggle in Malaysia. Nevertheless, it is a worthwhile endeavour.

Phaik Fern participated in three of Aliran’s Young Writers Workshops – on Good Governance and Democracy; Federalism and Decentralisation; and Good Governance, Gender and Vulnerable Groups – all supported by the Canada Fund for Local Initiatives.