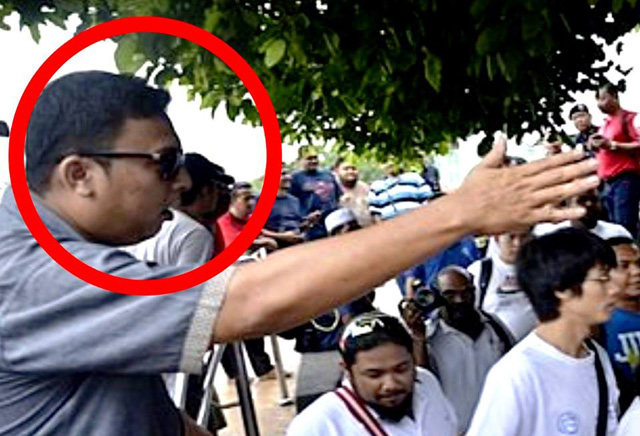 They say a virus of censorship has infected the city, and now, all we ever do is speak in grunts and moans. Because we can no longer think – or communicate, writes Say-no-to-zombies.

Something completely dramatic has happened.

It was an ordinary day. The said event was unfolding in a peaceful-wind-beneath-my-wings manner, at a particular location with green grass, swaying trees and swings with laughing children and dancing kites, known as the Esplanade in Penang.

The Speakers’ Square is meant to be a place for just that. For the safety of human expression. People are meant to use that space to talk, to think, to discuss anything in a civilised, humanly possible way. It was the epic scene of tranquillity straight out of Laura Ingalls Wilder’s book, Little House on the Prairie.

A group of people, arriving without sticks or stones that may break bones, argued for the disappearance of a particular thing that bans utterances of sorts, or words, which can apparently harm you. The Gerakan Hapus Akta Hasutan (GHAH) had organised a gathering to call for the repeal of the Sedition Act, because saying something original, or thinking aloud, and showing your brains off may get you into trouble nowadays, as it shall be seen.

The idyllic, meadows-in-the-breeze scene was interrupted by something nightmarish that resembled a scene from Zombie Apocalypse.

Wait a minute. It was a zombie apocalypse. Their eyes were bloodshot, and they were growling.

Was this the end of civilisation?

They had sniffed the air and detected brain activity, pulsating life and the buzzing of neurons. They were not only out to provoke – they were brain-thirsty. They charged, snarling and rasping at the heels of their poor harassed human victims, who screamed and fled for their lives.

The entire scene was so surreal.

Needless to say, this bodes for a terrible year.

The year where ideas are extinct and people have stopped thinking.

They say a virus of censorship has infected the city, and now, all we ever do is speak in grunts and moans. Because we can no longer think. Or communicate.

We have become the living undead.

“It is a truth universally acknowledged that a zombie in possessions of brains must be in want of more brains.” – Pride and Prejudice and Zombies: Dawn of the Dreadful.

Say-no-to-zombies is the pseudonym of an avid follower of Aliran.