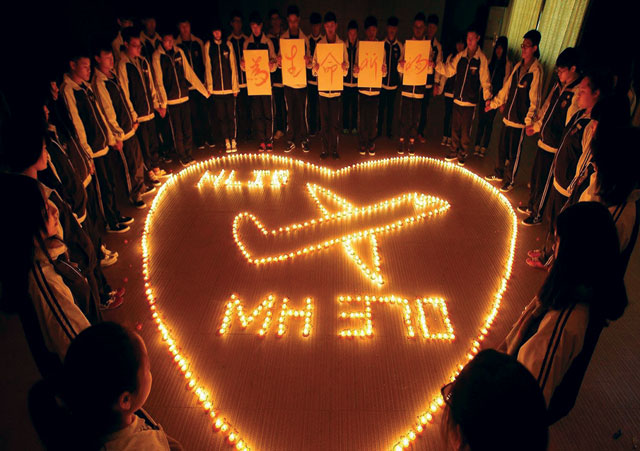 Malaysia Airlines Boeing 777 from Kuala Lumpur bound for Beijing went missing in the wee hours of 8 March 2014. After almost two months of an unprecedented international search operation, the disappearance of the ill-fated aircraft remains a mystery. My heartfelt thoughts go out to the family members of all the passengers and crew.

The tragedy that struck MH370 put Malaysia under international scrutiny. One of the main talking points has been the way the Malaysian authorities have handled (or rather mishandled) the crisis. “They’re handling a huge global issue as if it was domestic politics,” lamented Clive Kessler, Emeritus Professor of Sociology and Anthropology at the University of New South Wales (Bloomberg, 12 March 2014). Kessler is a well-respected scholar on Malaysian politics and society.

These criticisms which did not come from the local opposition are fair and spot on. Clearly, the MH370 saga reveals the BN-led government’s long-standing deficiencies. The focus of international criticism against the Malaysian government is not so much on the failure to locate MH370. Critics acknowledge the challenges and difficulties in the search operation.

But the Malaysian government’s lack of leadership, slow response, flip-flopping statements, questionable assets, lack of empathy, authoritarian attitude and an obsession to blame the opposition for all its failings have become a source of bemusement and ridicule. These shortcomings have long been embedded in Malaysia’s system of governance due to the BN’s long dominance of Malaysian politics.

In his book Why Dominant Parties Lose, Kenneth Greene (2007, p.12) defines dominant party systems as “hybrids that combine meaningful electoral competition with continuous executive and legislative rule by a single party for at least 20 years or at least four consecutive elections”.

BN has been in power for 57 years and has won 13 consecutive general elections. This has paved the way for the consolidation of a single dominant party system in Malaysia. The BN’s equilibrium dominance has been attributed to its success in excluding alternative political choices by exploiting the incumbent’s resource advantages, imposing suppressive measures and resorting to electoral manipulation.

This is what I called the dominant party syndrome which has taken root in Malaysia and is being manifested in the way the BN government has handled the MH370 tragedy.

A litany of stupidity, incompetency and abrasiveness

READ MORE:  Is Malacca a precursor to the coming general election?

Not to be outdone, Minister in the Prime Minister’s Department Shahidan Kassim made an even more outrageous statement by suggesting that the best way to execute the one person-one vote policy was to vote according to racial lines.

When elections have been continuously rigged by the dominant BN, incompetent and backward individuals end up winning. Worse, they are then made Ministers or Deputy Ministers.

Over in Sarawak, newly-minted Chief Minister Adenan Satem also portrayed another manifestation of this BN syndrome. While campaigning in the Balingian by-election, Adenan urged voters to vote BN as a show of appreciation to the outgoing Balingian assembly member and former chief minister, Abdul Taib Mahmud. According to Adenan, failing to vote for the BN would amount to being tulah (cursed).

He further made a mockery of the election when he barred four national opposition leaders from entering the state. Describing them as “troublemakers”, Adenan, however, allowed the pro BN right-wing Perkasa leader, Ibrahim Ali, to enter the state.

In a dominant party system like Malaysia, the incumbent does not bother to engage the people through policy or to engage in debates. It merely buys support or, in the case of Adenan and Balingian, simply coerces them.

Another equally worrying manifestation of the dominant party syndrome is the sorry state of our public education. In a recently released report, Malaysian students once again fared poorly among 44 countries that had participated in the problem-solving test for 15-year-olds. Malaysia was ranked 39th while neighbouring Singapore came out top. Other related studies had also pointed to the deteriorating quality of our public education.

When a single party keeps on dominating elections, it loses a sense of accountability and responsibility. Worse, the dominant party’s leaders will use their government positions to outmuscle one another. As a result, flip-flopping policies become a permanent feature of governance and the views of professional bureaucrats and implementers are ignored. Ordinary citizens are the ones who suffer.

And when the dominant party smells resistance, it quashes the threats – as evident from the conviction of two top opposition leaders, Anwar Ibrahim and Karpal Singh, recently.

Sadly, the litany of the BN’s dominant party syndrome is likely to continue plaguing Malaysians. This is the cost that Malaysians have to bear as a result of continually returning the BN as the country’s dominant ruling party.

It has taken a mammoth crisis like MH370 to expose Malaysia’s worrying state of affairs. Let us not ignore another manifestation of this BN dominant party syndrome like what we had to during the Lahad Datu intrusion last year. The opposition and several groups took the Malaysian government to task for the way they mishandled the intrusion. But the BN-led government and the general public merely brushed aside these criticisms as ‘being unpatriotic’ and unfair.

By ignoring the BN’s dominant party syndrome, we are allowing the BN to destroy our beloved country. Let us save Malaysia. Enough is enough. A majority of the Malaysian electorate wants to put a stop to this rot as evident from their rejection of the ruling BN in the 2013 elections. What about the rest of you?

Dr Faisal S Hazis is an Aliran executive committee member and co-editor of our e-Newsletter. A Universiti Malaysia Sarawak lecturer, he published Domination and Contestation: Muslim Bumiputera Politics in Sarawak (2012).