Are our religious leaders and followers ready for interfaith dialogue that has social substance or will they remain in interactions that are limited to religious festivals, symbols, unproductive demonstrations and superficial tolerance, wonders Ronald Benjamin.

Blessed are the peacemakers for they will be called the children of God.

This was what Jesus Christ when he came up with beatitudes for authentic Christian living. This beatitude was experienced by my church in Silibin, Ipoh, when the Parish Human Development committee together with the teaching ministry invited a well known motivational speaker, Prof Kader Ibrahim, to Church last week to share his knowledge on the difficulties faced by many parents in bringing up their children, the importance of education, and the social problems face by families,

He started his talk by noting the respect given to Jesus and his mother in the Qur’an and thanked the church for not succumbing to prejudice in inviting him to give a talk. While the crowd of parishioners were enjoying every moment of the talk that was full of wit and wisdom, I also came up with a synthesis that peacemakers are bridge builders. The greatest interfaith dialogue does not take place at an intellectual or theological level but spring from ordinary social realities when common people of all ethnic groups share common social problems such as delinquent youths, negative thinking patterns in social interactions, and social injustice.

Today, at a time when there is constant political rhetoric about Christians supposedly trying to turn Malaysia into a ‘Christian State’, there are honourable Muslims who are trying to build bridges by seeking common grounds of unity. The example set by Kader Ibrahim and some political leaders should be emulated by politicians who are determined to use religion for their own political ends.

I strongly belief that religious leaders in this country should spend more time in organising more dialogues and talks on social realities in their neighbourhoods and places of worship. Genuine interactions could be forged through such talks and dialogues by inviting people of different faiths while dispelling religious prejudices as people of different faiths interact and look for common solutions while acknowledging and respecting one another’s beliefs.

I foresee a day when Christians, Buddhists and Hindus are able to have brotherly and sisterly visits to the mosque besides having a chat over a cup of coffee on how to address social problems that are plaguing families and vice versa. From such encounters, there could be other spiritual issues that religious communities may find in common such as respect for the sanctity of life and truth and the traditional nature of marriage. They may also share common ground in addressing and opposing unjust economic conditions that have global and national dimensions that affect families.

All this is beyond the ethno-religiosity that our ethno-religious politicians are trying to bring into mainstream national discourse. The fundamental question is, are our religious leaders and followers ready for interfaith dialogue that has social substance or are they going to remain in interactions that are limited to religious festivals, symbols, unproductive demonstrations and superficial tolerance?

Ronald Benjamin is an Aliran member based in Ipoh

Express faith with kindness and compassion 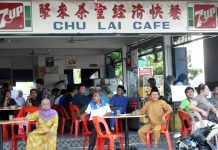