The current eight-day campaign period for general elections is too short and the playing field is far from level when opposition parties are denied fair access to the print and electronic media, points out Andrew Aeria.

Currently, the usual eight-day duration of campaigning during elections is too short. This very brief campaign period undermines a key basis of a democracy namely that voters make informed choices about whom they want as their elected representatives and which party they wish to represent them in government.

The current time frame of eight days is insufficient since it does not allow for any substantial discussion of the real campaign issues and no robust evaluation of party manifestos and the candidates contesting the election. The performance of power holders is seldom scrutinised. The quality of the opposition is seldom evaluated.

Consequently, election campaigns in Sarawak often end up being ethnic, religious or developmental ‘beauty contests’ in which contesting parties attempt to outdo their competitors by showing how good they are in relation to how bad their competitors are! There is too much ridicule and disparaging of the competition by all parties involved given the short election period. There is no discussion of issues, little debate and still less comparison of candidates and party platforms.

As well, the brevity of election campaigns often sees candidates distributing money and all sorts of developmental goodies to voters to solicit their support instead of sharing their well-thought out ideas and party manifestos in support of good governance and democracy to solicit support.

Support the struggle to build a Malaysia based on Justice, Freedom, Solidarity:
READ MORE:  Back to the dark days of media control

Lack of equal and fair access to the media

Presently, the structure of the Malaysian media industry is such that most mainstream media is owned by the government or interests closely aligned to or linked to political parties and individuals in government.

During elections, the mainstream media have consistently acted as the unvarnished propaganda arm of the governing political party. This has been eloquently documented in numerous articles, the key ones being Zaharom Nain (2002), Mustafa K Anuar (2002), various issues of Aliran Monthly and the work of the Centre for Independent Journalism (CIJ). [Zaharom Nain, ‘The Structure of the Media Industry. Implications for Democracy’ and Mustafa K Anuar, ‘Defining Democratic Discourses. The Mainstream Press’. Both articles were published in an edited volume by Francis Loh Kok Wah and Khoo Boo Teik (2002), Democracy in Malaysia. Discourses and Practices, Surrey: Curzon Press. Aliran Monthly monitors and regularly comments on the health of the mainstream press in its publications and website.]

In the interest of freely and fairly informing the electorate about the key electoral issues, party manifestos, candidates, their positions on issues, etc. and to allow for a critical evaluation of past performance and future commitments/pledges, the mainstream media have a key role to play in strengthening democracy and informed choice. But for this, there needs to be fair access to the media for all. As well, there is a need for the media to report truthfully and without bias on all issues and all parties contesting an election.

The Parliamentary Select Committee is thus urged to recommend that the Election Committee sets a campaign duration of at least 21 days to allow all political parties and their candidates sufficient time to traverse their far-flung constituencies in Sarawak. This will also allow them enough time to communicate effectively with all voters about their party manifestos and campaign commitments. It will also allow the electorate to meet, to scrutinise and get to know critically the party platforms of their candidates and their potential as elected representatives. Together with a free and fair press, this will also allow the electorate to be fully informed about the key issues in an election.

READ MORE:  Media are not agents for 'cheap publicity'

The PSC is also urged to recommend that the Election Commission be given independent powers to monitor and discipline the mainstream media to ensure that they provide free, fair and unbiased coverage of all contesting parties in an election. Free airtime should be allocated to all contesting parties by the mainstream media. There should be provision for the right of reply to all parties in all mainstream media and there should be selected televised debates for all key party leaders. Together with a 21-day campaign period, this will allow the electorate to be fully informed about the key issues in an election. 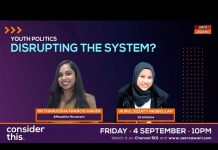