What is the so-called government transformation programme? The real focus of the mainstream media is to project the government in a favourable light in preparation for the upcoming general election, observes Ronald Benjamin.

There has been a lot of hype about the government transformation program in The Star paper but what caught my attention is that 44,600 house holds are no longer hardcore poor.

The question is are they talking about poor households nation wide or is it around certain areas? There has not been a breakdown of this households and a proper analysis of how these households have escaped poverty in the context of the high cost of living and absence of social security.

It is commendable that over 2000 women have been trained to become entrepreneurs; the question is how many of them have become successful? Were there follow-up programmes for these women, or was it based on mere attendance in these programmes where mere numbers have been taken as data to show the KPI for a government ministries, but no follow up on whether there has been improvement in the lives of those trained? I was told by a friend who works with the government in conducting trainings for single mothers that the government is only interested in the attendance at such training.

While there have been allocations for basic amenities in rural areas, little effort has been made to eradicate poverty in urban areas, where workers who earn low wages find it hard to make ends meet. For example, factories in Ipoh only pays ordinary general worker a monthly wage of RM480-550, and they need to work extra hours to earn at least RM1000. But that’s still not enough in terms of purchasing power due to inflation and that the bulk of the income is spent on food with little money left over for health and emergencies. Quiet a number of this workers cannot afford an insurance policy and are left at the mercy of overcrowded government hospitals.

Education today has become an expensive right, and people who fail to get into public universities have to pay RM40000-50000 or more to get into a private university. While there is the PTPTN (study) loan available, is it justified to pay such high amounts of money to a private education institution when real progress in education lies in the ability to sharpen and execute one’s skill and knowledge, which takes years to cultivate in the work environment? Being a human resources executive, I have seen how youths who have shown academic credentials and obtained As at university level struggle with self confidence and poor communication skills during interviews. Sadly, they lack strategic skills in planning and executing tasks .It is experiential learning at the work place that brings real results in the long run. So in which way is it justified to pay such an hefty sum to an academically inclined private institution while becoming heavy debtors at such a young age? Is this not the cause of poverty?

Obviously, the poverty issues mention above are very much related to structural issues: the rich who can afford it will have all the privileges for a better life while the poor struggle to make ends meet. Profiteering at all costs is the rule of the day. It is this poverty of thinking among our political and economic elites that needs to be eradicated.

So what is the so-called government transformation programme? The real focus of the mainstream media is to project the government in a favourable light in preparation for the upcoming general election. Fighting poverty is not merely about training people to become entrepreneurs but a concerted effort and at a national mission is needed to identify and remedy structural flaws in the distribution of income that keeps people poor. 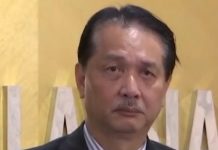